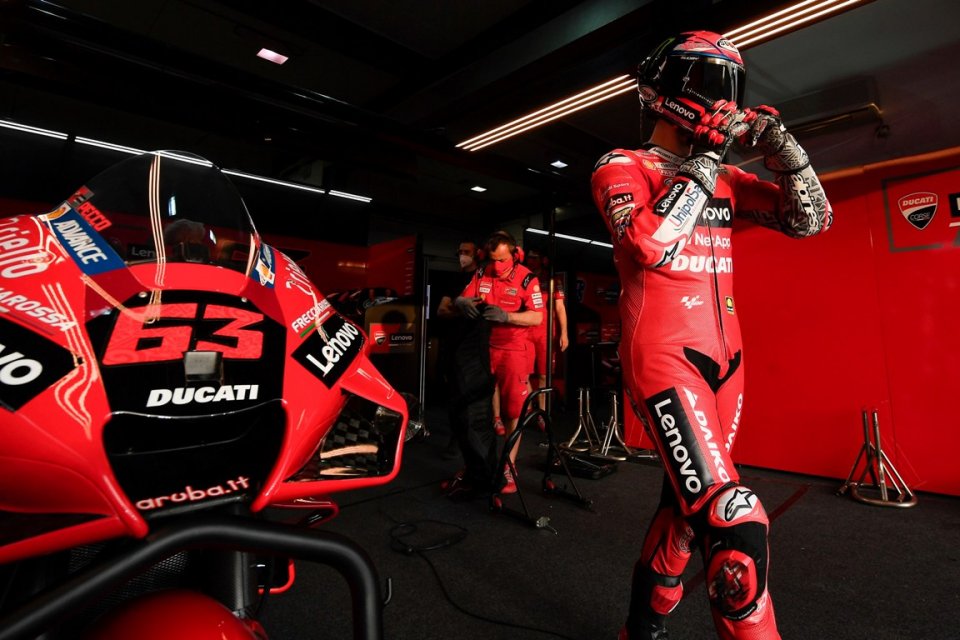 Ducati is waiting for Silverstone, and it won’t be an easy challenge for Bagnaia and Miller to face. After leaving the friendly Red Bull Ring track, the duo in red will have to test themselves on a circuit that smiled only once upon Ducati in 2017, when Dovizioso won.

After its absence on the calendar last year, anything could still happen and, especially Pecco (who's in 2nd place in the World Championship), will have to be able to play his cards well on a track that favors Yamaha on paper.

“In the last race at the Red Bull Ring, in Austria, we were once again very close to a victory, and this confirms that we’re working well,” Bagnaia stated, seeing the glass half full. “We’re now second in the championship, and it’s very important to continue to be consistent, in order to be able to get as close as possible to the top of the standings. Silverstone is a less favorable track for the characteristics of our bike than the Zeltweg track but, if we focus on Friday’s free practice, we can be competitive. As always, here in England, the weather will play an important role, so we need to be ready to adapt to any type of track condition.”

After the two races in Austria, Miller is more distant in the standings, and his first goal is to regain the competitiveness he lost in the last Grand Prixs.

“The last two races in Austria didn’t go exactly as we hoped, so we’ll be arriving at Silverstone determined to move on and get a good result,” the Australian rider said. “In the last GP held here in 2019, I was able to start from the front row, and I felt I could do well in the race but, unfortunately, a problem didn’t allow me to. In England, the weather is always uncertain, so you have to work hard from the first sessions to be ready to face Sunday’s race in any circumstance.”