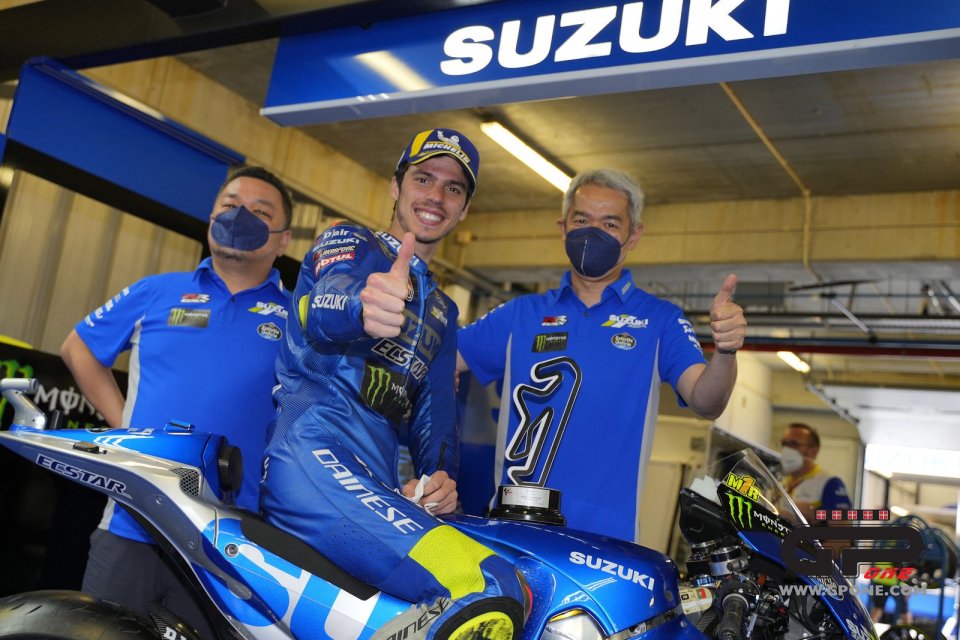 Joan Mir is having a good season. After winning the 2021 world championship with just one victory, this year the Spanish rider, thanks to his consistency, has now moved alongside Pecco Bagnaia in second place in the world championship, behind Fabio Quartararo despite the fact that he has not yet won a Grand Prix.

Three third places and a second are the best results achieved this year by Mir, who only in Austria finally had the holeshot device available on his GSX-RR, which improves grip and acceleration out of corners.

"We improved, but our opponents did even better - revealed Shinichi Sahara, the project leader - we all did a good job, but Brivio leaving the team loaded us with extra work, and I have to do more things at the same time. For this reason, in 2022 Suzuki will look for a man capable of taking his still vacant post ".

Who might this manager be? Motorcycling has not, so far, produced too many capable team managers and it is now clear, with the complexity of the challenges on the rise, how important this figure is in MotoGP. Aprilia recently understood it by signing up Massimo Rivola from F1, after realizing that giving all the responsibilities to engineer Romano Albesiano was not entirely the right thing to do.

The recent situations of Yamaha and Honda, respectively led by Lin Jarvis and Alberto Puig, confirm that there are many unexpected problems to be solved. From the initial choice of riders to the management of sponsors, ending with the administration of their own champions, as the Vinales ‘affair’ shows.

This is the reason for Suzuki's decision, which is certainly adequate to the increase in the scope of the challenges.