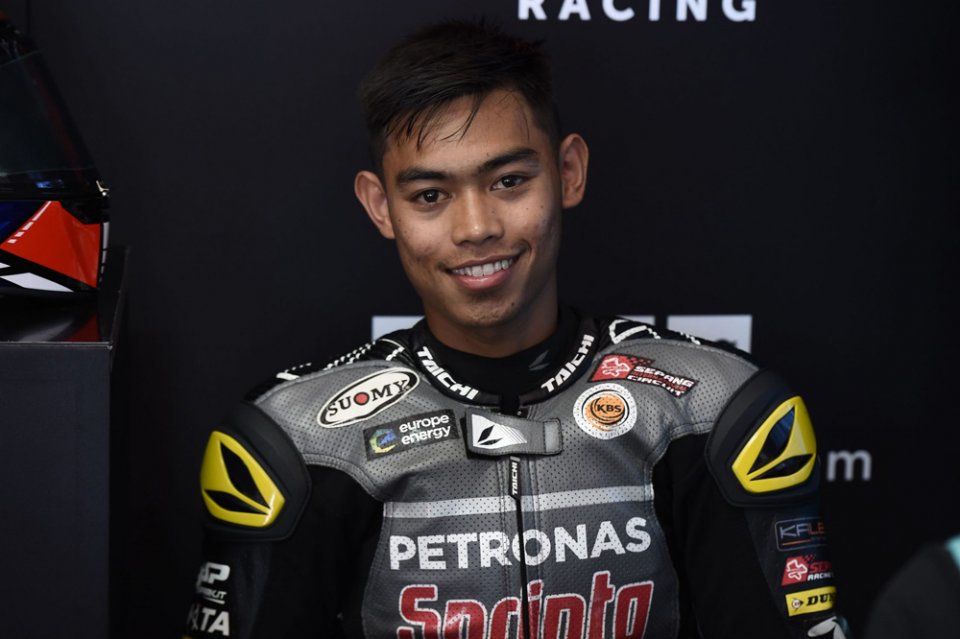 Petroonas Sprinta Racing will welcome back Adam Norrodin for the British Grand Prix this weekend, as he steps in for Jake Dixon – who will be making his MotoGP debut at Silverstone.

The 23-year-old Malaysian joined the squad in 2016, in what was his Moto3 debut, representing the team for three seasons in the lightweight class. During his time in Moto3 Norrodin racked up seven top-ten finishes, including a fifth at the 2018 ArgentinaGP, and recorded the fastest lap at his home Grand Prix in 2017.

Norrodin’s most recent appearance with the team was two years ago (2019) when he debuted in the Moto2 category as a replacement rider for the last six races of the season. For the 2021 season Norrodin is participating in the FIM CEV Championship where he occupies fifth position in the Moto2 standings after achieving three podiums.

Razlan Razali said: "It is with great pleasure that we can welcome back Adam Norrodin to PETRONAS Sprinta Racing. Adam has been performing well in the FIM CEV championship, where he is currently fifth in the standings and has enjoyed podiums this year. He is perfectly placed to take advantage of the vacant Moto2 seat brought about by Jake Dixon’s promotion to MotoGP for this weekend and we look forward to seeing him out on track in the team’s colours at Silverstone."

"This is the objective of having a structure like ours and, when the situation arises, we are able to position our young Malaysian talent in the team. This is a timely opportunity for Adam to further develop and benchmark himself against other riders in the Moto2 World Championship. Furthermore with the unfortunate news that the MalaysianGP is cancelled, this could be the only time this year for Malaysian fans to watch another of their fellow countrymen in Moto2. From the team perspective, this ride will be about experience and development and we have no expectations for him in terms of results but we wish him the very best of luck."

Adam Norrodin: "It’s hard to put into words how it feels to be back in the World Championship for Silverstone, but I’m really happy and looking forward to it. I want to thank Razlan and the team for this opportunity. I also want to thank my family and all those who have kept on supporting me. It’s a great honour, I’m going to try to do the best I can and I’m really excited to ride the Moto2 bike at the BritishGP this week. Plus I’m looking forward to working with PETRONAS Sprinta Racing again. I can’t wait!"