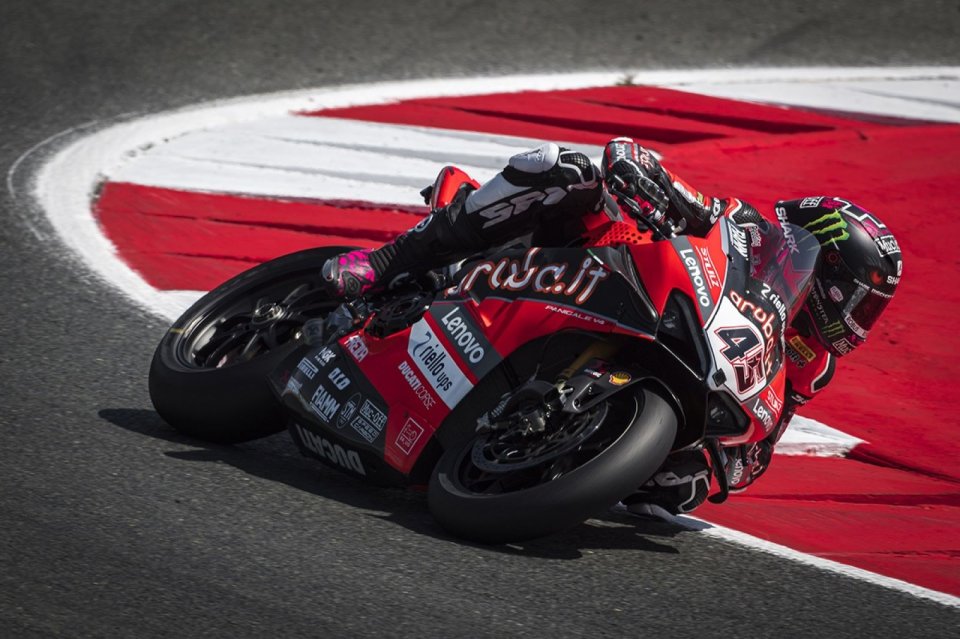 Fresh from his success in the first ever World Superbike on the unprecedented Spanish track of Navarra, Scott Redding followed up on his excellent form by winning the Superpole Race this morning and crossing the line in second place in Race 2 in the afternoon. So, on his seventh consecutive podium, the Aruba.it Racing-Ducati rider relaunches his personal quotes in view of the second half of the season, in which he’ll be racing again in two weeks with a gap of 38 points from the top of the standings (an almost unthinkable scenario until a few races ago).

“It was a positive weekend overall. I’m happy with how it went, since these results are what we need if we want to fight all the way for the title,” he admitted. “Having done every session in the round didn’t help. In that sense, in Race 2, I felt tired at one point. Also, I didn’t have the same feeling as yesterday. I wasn’t able to take advantage of the bike to its full potential. I was losing the front slightly, and I was a bit wide sometimes. This didn’t allow me to maximize the strengths of our bike. My pace was faster than on Saturday.”

Fresh from the announcement of his move to BMW starting in 2022, the 2019 British Superbike Champion revealed that he was satisfied with his second place behind the winner, Razgatlioglu, in an attempt to not throw away everything they did on the weekend.

“Initially, I thought third place was an excellent result, but I felt I had something. In fact, I was able to pass Rea, who I saw was in difficulty. I tried to close the gap with Razgatlioglu but, in the end, I preferred not to take unnecessary risks. Probably, if I had been in front, I would have had the pace to win. Being behind, I couldn’t ride as I would have liked. We got these points, and I can’t wait to get to Magny-Cours. If I can keep this pace in future rounds, I also think I can win the championship,” he concluded.

Ixon, the supplier of Aleix Espargarò's suit, has revealed data from his crash at Silverstone. The airbag deployed in 950 milliseconds
20 hours 17 min ago