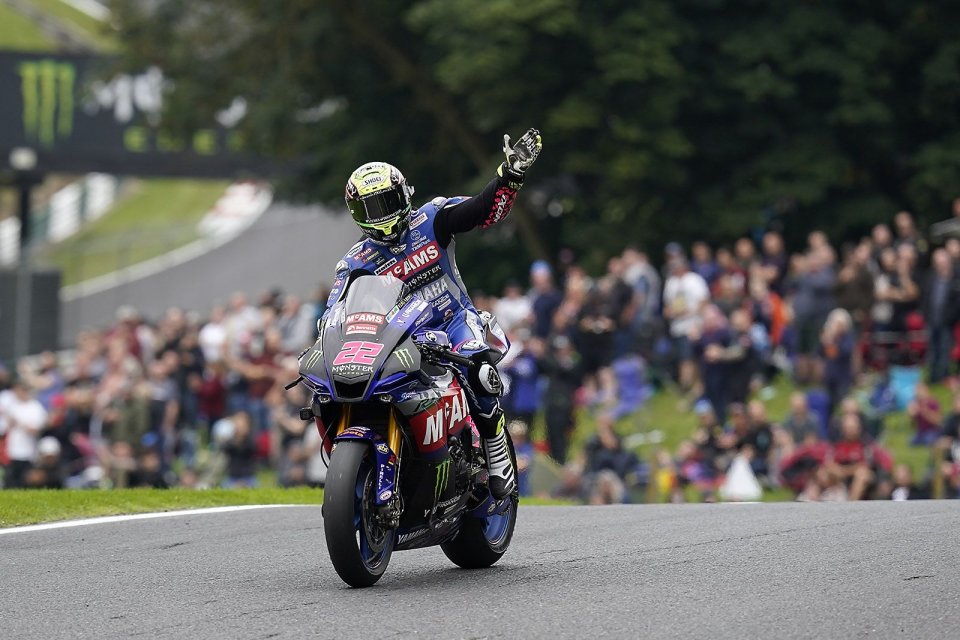 Helped by a competitive bike and a top-class team, Jason O'Halloran is proving to be the man to beat in the UK’s premier championship. In Race 3 of the British Superbike on Cadwell Park track, the championship leader took his ninth win of the season, after getting the better of Peter Hickman, remaining attached to his exhausts and forcing him to make a mistake on the final lap.

Powering away well from the second grid slot, on lap 3 the McAMS Yamaha rider was immediately passed by Hickman at Mansfield. After his magnificent double win, the FHO Racing man tried to force the pace (setting fastest lap in 1’26.386), but it was all in vain. In fact, in a similar way to Race 2, O'Show remained glued to the tail of the M1000RR until lap 18, when Hicky made a bit of a mess of things coming out of Coppice: after Hickman lost the rear for an instant, O'Halloran then moved into the lead at Charlies.

Once in the lead, he easily managed the situation and crossed the finish line with a "reassuring" margin of two tenths of a second. For the Australian it was the first win in BSB at the Lincolnshire track, where the Japanese manufacturer had not had a win since 2017. In addition to grabbing the Milwaukee Summer Slam (prize reserved for the rider who achieves the highest number of points between Donington Park and Cadwell Park), thanks to the forced stop of Tarran Mackenzie and seventh place for Christian Iddon, his breakaway is now total: +119 points in the Main Season, +33 in view of the Showdown.

Hickman has hoped to score a hat-trick of wins, but his dream was shattered just a few meters from the chequered flag. In third position, Tommy Bridewell (MotoRapido Ducati) once again kept the Borgo Panigale flag flying, despite yet another bad start, on this occasion from pole.

Behind the Ducati man was Lee Jackson (FS-3 Racing Kawasaki), ahead of a finally recovered Josh Brookes (VisionTrack PBM Ducati) and Glenn Irwin (Honda Racing UK). The Top-10 was completed by Bradley Ray (OMG Racing), Andrew Irwin (TAS Racing) and Ryan Vickers (Lee Hardy Racing). Now all eyes are on the next round at Snetterton on 3-5 September. 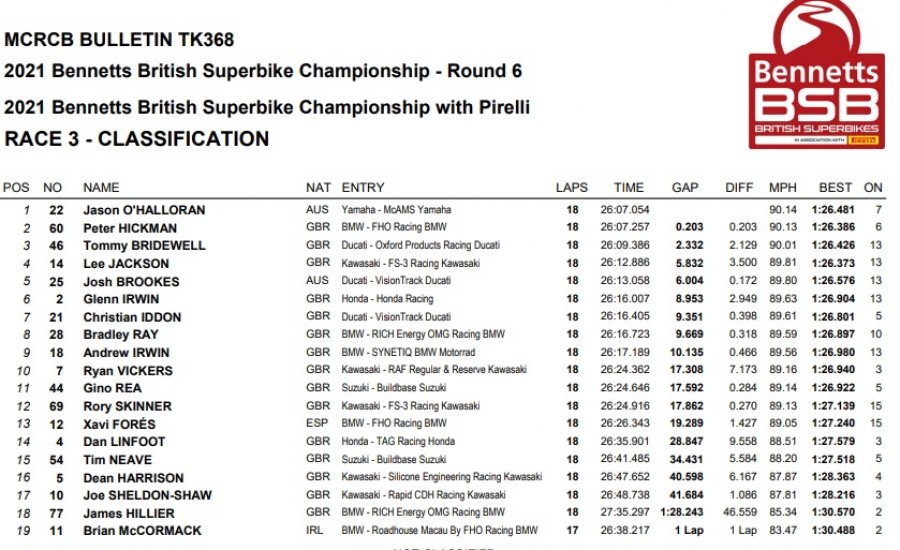