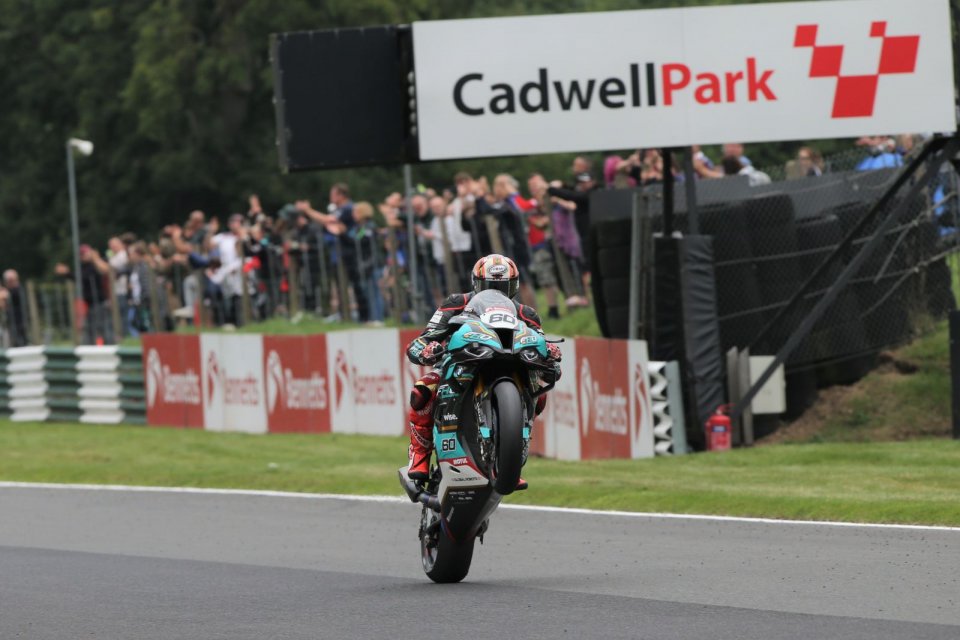 Usually, in a rider’s career there is one track that he is particularly fond of, where he tends to go the extra mile in any type of scenario or condition. Historically favourable as the venue for his very first personal win in the UK championship, Peter Hickman’s kingdom is Cadwell Park. After yesterday afternoon's brilliant performance, the Tourist Trophy record holder and multiple winner of the Macau Grand Prix repeated the feat in Race 2 of the British Superbike at the Lincolnshire circuit after holding off the final attacks from Jason O'Halloran, who increased his lead in the standings after yet another zero by Christian Iddon and an injury to Tarran Mackenzie.

Beaten off the line by O'Halloran, the FHO Racing rider decided to adopt the same winning strategy as Race 1. Having let the McAMS Yamaha man emerge at the start, Hicky made his move on lap 9, attacking him going into Mansfield. This time however he did not break away, and had to hold off his rival, especially in the final lap. After closing every possible gap, Hickman won his sixth BSB race, the second for the newly-created Faye Ho outfit.

Once again, O'Show had to settle for second position, but he had the satisfaction of further strengthening his points lead in view of the Main Season and, above all, the Showdown (three Podium Credits), taking advantage of the missteps of his closest rivals: team-mate Mackenzie is out of action after fracturing a finger in the bad crash on Saturday, while Ducati man Iddon (fourth zero in the last eight races) crashed out at Charlies while fighting for the podium.

Bridewell on the podium

Despite a bad start, Tommy Bridewell (MotoRapido Ducati) kept the Borgo Panigale flag flying, climbing up to third place complete with a fastest lap to his name (so he will start from pole in Race 3). Lee Jackson (FS-3 Racing Kawasaki) lost out at the very end but finished ahead of a lively Josh Brookes (VisionTrack PBM Ducati), fifth, who finally looked competitive. The Irwin battle for sixth place rewarded Glenn at the expense of Andrew. Bradley Ray, Ryan Vickers and Storm Stacey rounded out the top-10. 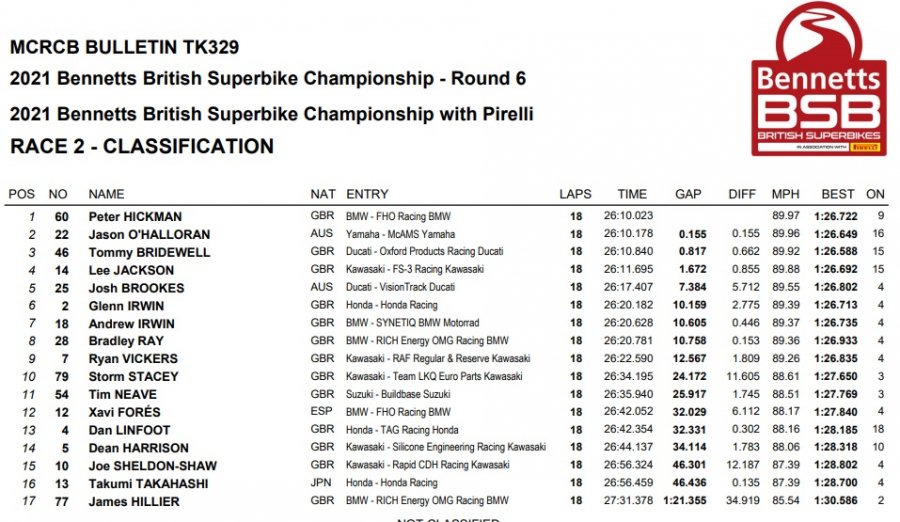