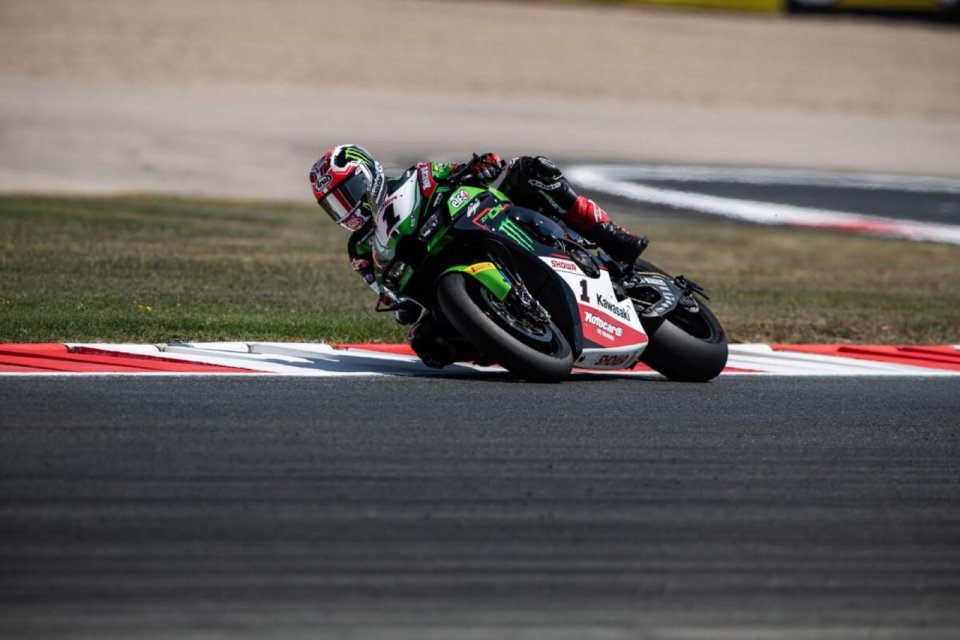 After a complicated weekend in the previous round of Most, Jonathan Rea finished in P2 in the first race on the Navarra circuit, a new entry in the 2021 World Superbike calendar. Looking good since the morning with Superpole, the northern Irishman had to contend with a Scott Redding in attack mode, but soon had to throw in the towel due to an excessive drop in the Pirelli tires.

"I was a little bit nervous about the start of the race. It was very important to be at the front and we had quite a good start, but Scott was just a little bit better," Rea said. “I felt really good in the first two sectors, stronger than Scot, but I was pushing the front too much in those slow turns from Turn 9 to the end of the lap. At the beginning I felt I could go to the front and when Scott went quite wide in T5 and T6 I went on the inside and passed him. From there I just kept my rhythm until he blasted me on the straight. After that, the front started to heat up, stability started to go down and the front was moving. Over-pushing the front, I had a few slides and enough to tell me to brake a bit earlier. I lost as much as one-second during one mistake and Scott went away."

So the KRT man decided to just settle for the position, crossing the line more than two seconds behind his rival. The multiple champion had some consolation by coming home ahead of his chief rival Toprak Razgatlioglu, now at -7 in the standings.

“In any case, I am happy with my performance, also because in the Barcelona tests we took a few steps forward with the chassis and in terms of braking. There are a lot of bumps here and the Ninja doesn't like them very much, so we have to be satisfied. Scott rode very well, but I did not feel he was destroying us lap-by-lap; when the gap was constant, it was quite similar. In the end I managed the advantage over Toprak with no problem. Hopefully we can make some changes on the front tomorrow to make a step forward. I think from a chassis standpoint, we can change the steering head position to give me a little more stability. As for the tire, I think we made the right choice,” he concluded.

Mir: "The Suzuki has improved and I feel in top form"

Michelin: the situation of the choice of tires in Mandalika