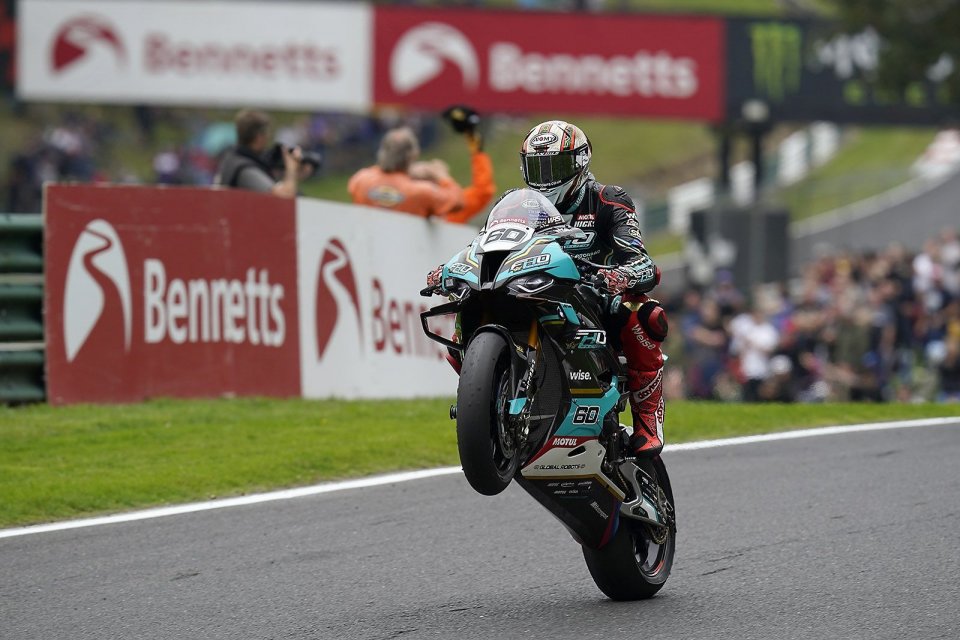 In motorcycling, people are sometimes inclined to point the finger at road racers, describing them as nothing less than "grid fillers" on normal circuits, convinced that it is impossible for them to go fast in both types of racing. That though must surely have come to an end today during a cracking BSB Race 1 on the fascinating and historic Cadwell Park track, where Peter Hickman scored a magnificent victory (the fifth in his career) at the end of a masterly and smoothly-conducted race. A performance that does wonders for his personal ambitions and at the same time sending the newly-created FHO Racing team into ecstasy for the first time.

Recordman over one lap at the Tourist Trophy, after a cautious start from third place without taking unnecessary risks, Hickman made his move on lap 4, when he got past championship leader Jason O’Halloran at Mansfield. With a new lap record for the Lincolnshire circuit in 1’26.350 (so tomorrow he will start from pole in Race 2), shortly afterwards he then got past the leader Glenn Irwin, capitalising on a mistake in the Hairpin. From that moment on, he did nothing but manage tires, energy and the situation, crossing the line two seconds ahead of his rivals. For Faye Ho’s team this is the first ever win in BSB, and it was a similar result for BMW on the slopes of Cadwell Park, while Hicky returns to the top step four years after Thruxton 2017, moreover in the same circuit where in 2014 he achieved his first success in the series.

O'Halloran and Bridewell on the podium

Behind the M1000RR, Jason O'Halloran (McAMS Yamaha) took home a vital second position for the Showdown (three further Podium Credits). Tommy Bridewell (MotoRapido Ducati) also did well, finishing third and recovering in the final stages, which followed up his triumph at Donington Park. Just off the podium was Glenn Irwin (Honda Racing UK), decisive in the opening stages, only to gradually lose ground as the laps went by.

With the leading group at times made up of seven riders, Christian Iddon (VisionTrack PBM Ducati) limited the damage with fifth place, penalized by his poor qualifying, ahead of Lee Jackson (FS-3 Racing) and Andrew Irwin (TAS Racing ). Eighth was Ryan Vickers (Lee Hardy Racing), who lined up despite a bad crash in Q2, with Rory Skinner (FS-3 Racing) ninth. Reigning champion Josh Brookes (VisionTrack PBM Ducati)could go no better than tenth position, about ten seconds off the top. A worse fate befell Tarran Mackenzie, who was brutally thrown off his YZF-R1 after going on the grass with his rear wheel at Barn, luckily without any particular consequences.

The BSB field will be back in action again at Cadwell Park tomorrow for the remaining two races of the weekend, with the lights going out respectively at 15:10 and 17:45 (Italian times). 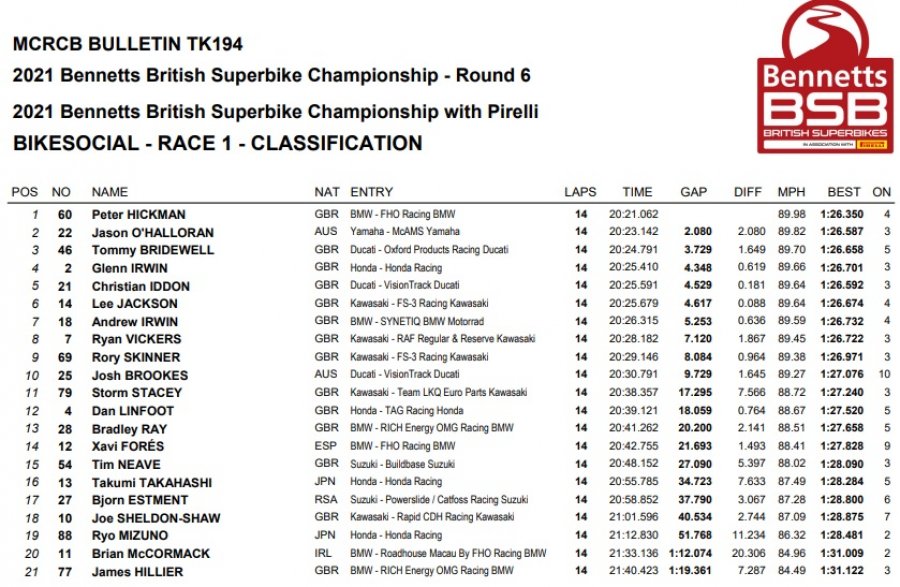