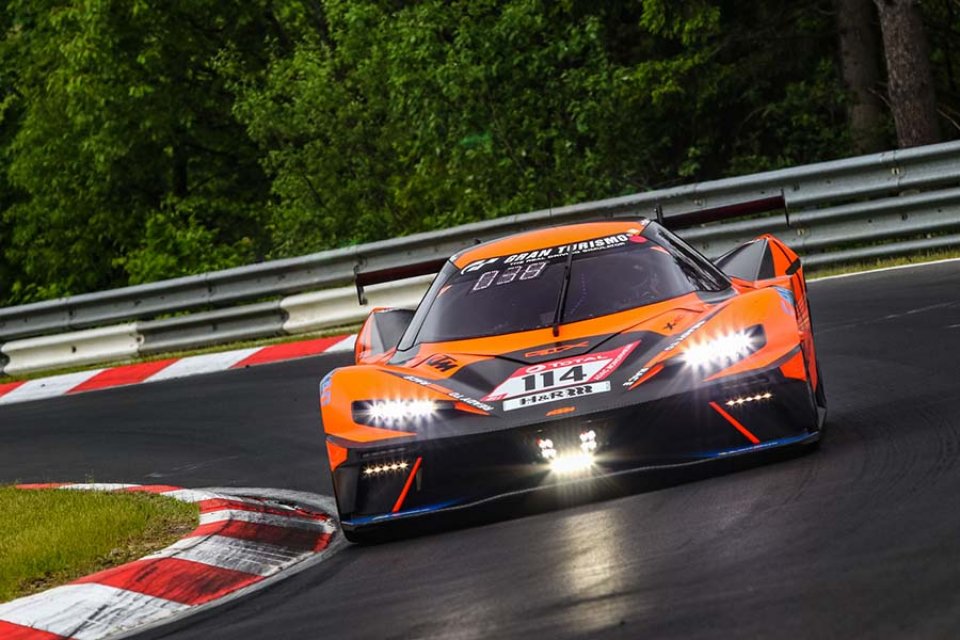 “I am super excited and also incredibly proud to get the chance to be a part of this race,” said Oliveira, who is otherwise found riding for Red Bull KTM Factory Racing at the pinnacle of motorcycle racing. His guest appearance with the True Racing customer team carries added importance, as Oliveira reveals: “Motorcycle racing has been part of almost my entire life, but my career began in the Portuguese karting championship, which is why I am so keen to race four wheels. There was absolutely no hesitation on my part when Mr Trunkenpolz invited me.” For Hubert Trunkenpolz, board member of KTM AG, the brand's motorsport activities are a matter close to his heart. He himself regularly competes in races with the KTM X-BOW GT2 and will take part in the 24 Hours of Barcelona with the KTM X-BOW GTX for True Racing.

Miguel Oliveira is used to being left to his own devices when it comes to racing in MotoGP, but in the 24H Series, he will have the support of strong teammates. The Portuguese will be joining forces with KTM works driver Reinhard Kofler as well as Peter Kox and Ferdinand Stuck. “I look forward to learning as much as I can from them,” Oliveira says. “Competition is obviously a substantial part of racing, but I think my top priority will be to find my feet and have some fun.”

Besides the entry featuring the MotoGP star, three other KTM X- BOW GTXs will be on the grid for the Barcelona 24 Hours. True Racing has a second entry in the GTX class, while RTR Projects and Reiter Engineering will each be racing X-BOWs too. The car entered by Hans Reiter and his team, with its spectacular Felbermayr livery, is among the favourites for overall victory.

The Hankook 24H Barcelona will go green at 12:00 on Saturday 4 September. Before the race, teams and drivers will have the chance to prepare for the race with free practice and qualifying sessions. The event will be broadcast live on the race organiser’s website (24hseries.com), where live timing will also be made available.soon.

“I was leaning too much. It happens when you push on a MotoGP. I have injuries all over my body. I’ll have to wait and understand my condition. It’s...
13 hours 44 min ago

The calendar for next year has been set and will be made public today. After Kazakhstan, another country enters the World Championship.
20 hours 35 min ago