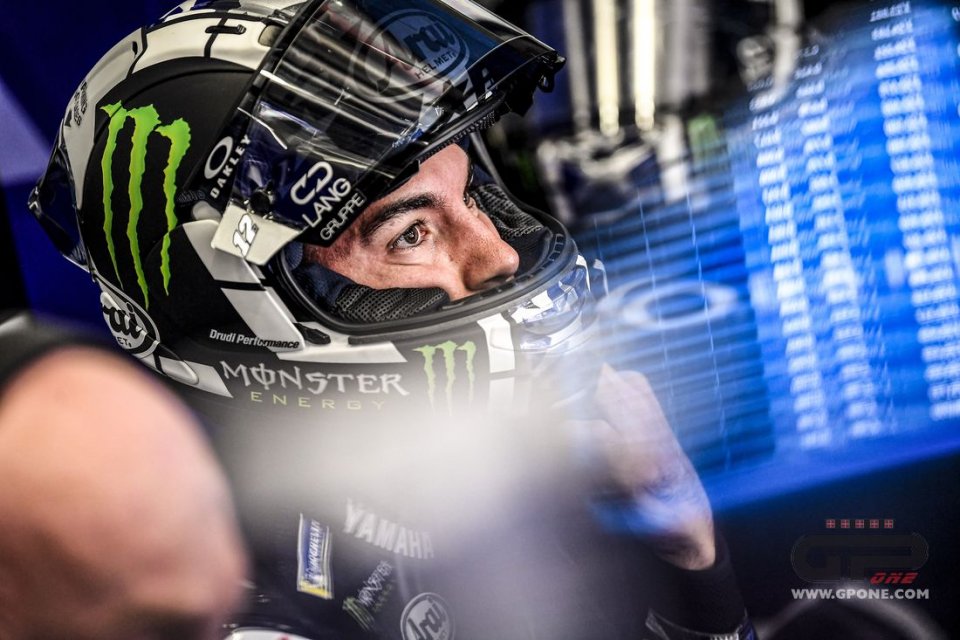 Today will be the day of reckoning to understand if relations between Vinales and Yamaha have been definitively broken or if there is still some room for manoeuvre. Maverick was suspended by the Iwata factory on the eve of the Austrian Grand Prix because telemetry showed that the Spaniard had intentionally tried to damage the engine of his M1 during the previous week's race. Vinales as a result decided to recite a mea culpa for the TV cameras, admitting his faults and apologizing for his gesture. Yamaha, however, made no further comment, reserving more time to decide.

It’s going to be today, because a meeting between the European and Japanese bosses of Yamaha is scheduled to talk about the Vinales affair. There are several alternatives on the table: one is to draw a line under the whole thing and reintegrate the Spaniard into the team until the end of the year; another is to continue the suspension also for the Silverstone GP, postponing the final choice; the last one is to terminate the contract.

The first is the simplest (but perhaps less likely) solution because it would continue as now, even if they would be separated at home. The second would be to take time, only pushing the problem down the road, or rather part of it, because a rider would still be needed to plug the hole in Petronas in the UK. Crutchlow, in fact, in this case would be destined to put on the official team colours and get on Maverick's bike, but leaving a hole in the Malaysian team, which he will still have to do without Morbidelli in England. The name of Jake Dixon, home rider but without any experience in MotoGP, was mentioned as a substitute, but after all, you can't be too choosy.

The third option is the more drastic one, which could leave Vinales in limbo. It’s impossible to know what is written in Maverick's contract, but in case of dismissal for just cause (if we want to call it that) the Spaniard could be halted until the end of the year. In a certain sense it is a situation that recalls that of Zarco with KTM in 2019, in that case the Frenchman had the OK to do the last 3 races with Honda, more difficult for Yamaha to allow Vinales to get on the Aprilia, with which he has already signed for 2022, in advance.

To know how things will turn out we will still have to wait. The meeting is today, a press release will certainly be ready for Monday, unless they want to bring it forward to tomorrow.

Bagnaia: "Tests over, my championship starts today. I'm betting on...