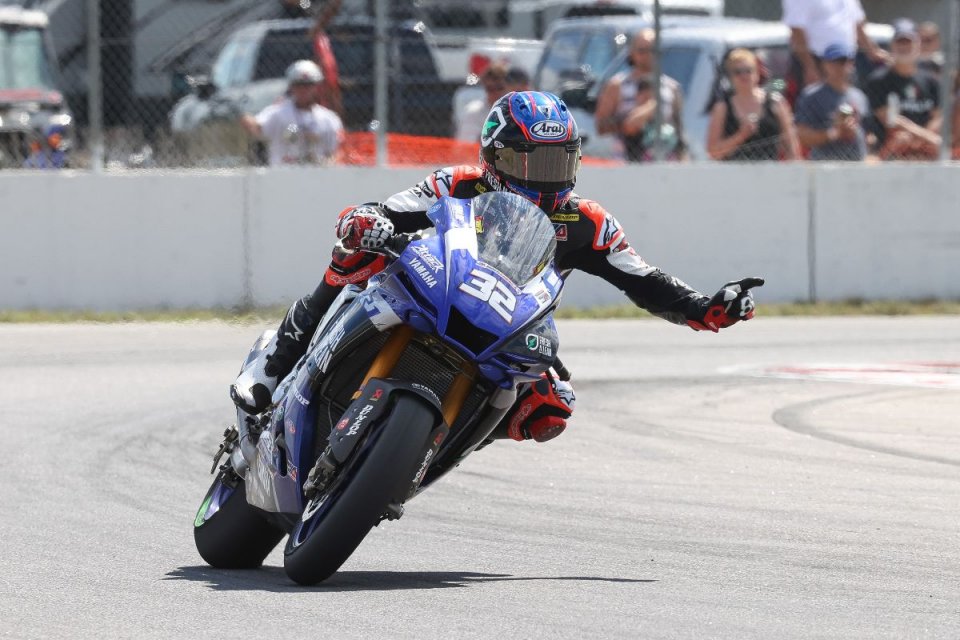 The double Austrian trip was bittersweet not only for Ducati, but above all for Yamaha, which kept its lead at the top of the world championship standings with Fabio Quartararo but also ran into its most difficult weekend since 1988, when Eddie Lawson after taking his third title abandoned the team to go on and win with Honda.

Relations with Maverick Vinales deteriorated to the point that the Iwata manufacturer was forced to suspend him, accusing him of having tried to break the engine of his M1 on purpose in the Styrian GP.

What's more, Petronas announced that at the end of the year it would abandon the team that bears its name at a time when the team was desperate for two riders to replace Franco Morbidelli and Valentino Rossi.

A total disaster therefore … something that perhaps Lin Jarvis did not expect.

In a brief informal conversation with the Yamaha boss, in the paddock, Jarvis told us he had no responsibility: relations between the SRT team and Petronas, in fact, did not concern him, while it is clear to all and sundry that Maverick is a very hard-to-handle rider…

The fact is, however, that the Iwata manufacturer now finds itself almost at the end of August without the certainty of having a satellite team up to the level of 2020, when it won 6 Grands Prix with Morbidelli and Quartararo and which then finished the season as world championship runners-up with the Italian.

At the end of the year, the ownership of the team will probably pass from the Sepang circuit to its managerial duo of Razlan Razali and Johann Stigefelt.

All this while there are no talents on the market capable of handling a MotoGP bike not only with any tangible possibility of doing well, but also with the knowledge of how to handle it.

The names currently being bandied around are those of the younger of the Binder brothers, Darryn, who would make the leap directly from Moto3 and is expected to test the M1 for the first time at Brno. His teammate is expected to be the British rider Jake Dixon, 11th in Moto2 last Sunday and 19th in the world championship with just 21 points.

The risk, of course, is to burn both of them out, but after having tried Garrett Gerloff from Superbike on two occasions and having received the refusal of Toprak Razgatlioglu, Yamaha at this point does not know which way to turn and what saint to vote for … until someone realized that there is another Yamaha rider who is not only doing well, but also dominating, in another championship: MotoAmerica.

We are talking about Jake Gagne who last Sunday in Pittsburgh took his 13th consecutive win riding an R1.

And Gagne is not entirely a stranger to life in Europe.

During the 2017 season, he was called up by Ten Kate Racing as a replacement rider, at the Laguna Seca round in July, following the death of Nicky Hayden in May, and twice during the season to replace the injured Stefan Bradl at Magny-Cours and Losail.

In December 2017 he signed to compete in the 2018 Superbike World Championship aboard a Honda Fireblade SP2 for Ten Kate Racing as Leon Camier's teammate.

After the 2018 World Superbike season, Gagne returned to racing in the North American series of the Superbike championship aboard a Scheibe BMW, before moving on to the Yamaha on which he is currently dominating.

Could he be the right man for a MotoGP debut? Difficult to say because in the determination to focus on the very young, Jake does not have age on his side, given that he will turn 28 on August 27th. But not only that: in the States he earns well without having to go too far from home and the rider from Ramona, California, might just think of staying at home.

However, Dixon is less than three years younger and only has a passport on his side, something that is now rare in MotoGP after Cal Crutchlow's departure.

In just over a week, MotoGP will arrive at the Silverstone circuit, and perhaps some parts of this intricate situation will start to fall into place…