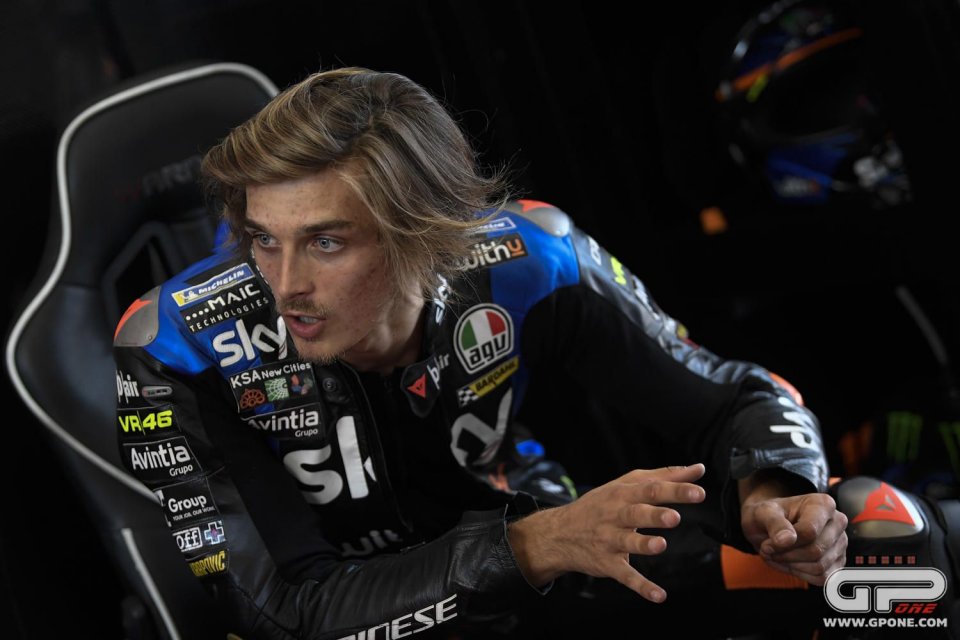 Fifth place today is the best result, in his first year in the premier class, for Luca Marini. The Italian rider, on the Ducati of the Sky VR46 team, in the last laps of the Austrian GP, ​​in the rain, made the drastic decision not to change bikes and not to fit the wet tires. A dangerous choice that paid off for the #10 who finished his first race inside the top 5.

"The last lap was very difficult, especially for the temperature of the brakes - said Luca - I just tried to manage things in the best possible way, I believed in the podium. Unfortunately, in the last three corners three riders who had wet tires and were going very fast passed me. I am really happy with the result of today's race, above all I am happy to have made a smart choice in a critical moment. Obviously a podium would have been even better but I'm happy with the race. Now I’m thinking about the next one! ”.

Did you celebrate with Valentino immediately after the race?

“Maybe we were close to making history. If we had finished second and third it would have been great, but it was a really tough race. We had fun in the battle, we were happy and at the end of the race we hugged each other”.

What did you think when you saw the flags waving in the rain? And what did it feel like to see Pecco overtake you so quickly?

"At the beginning I kept checking the board, also because there was a risk that it would rain right from the start. Furthermore, at the beginning of the race it was raining very little. Until recently when I had a tire drop I slowed down, but I must say that now, perhaps also because I am improving on the bike, with these conditions I feel very good on the Ducati. It is an excellent bike in such situations and the Michelins are also excellent, even if there are some wet spots on the track they work very well. When Pecco overtook me I was saddened because I knew that other riders would also catch me, I'm happy that he finished second ”.

Did you immediately realize in what position you crossed the finish line?

"Yes, there are screens and I looked there."

In a rainy situation like today, don't you think the race direction should intervene? Racers think like racers, and a lot of you didn’t put on wet tires… isn't it too dangerous?

“I've thought about it too. At the exit of turn 1, when you have to get to turn 2 in sixth gear with the downpour and you have slick tires, I thought we were taking a risk. But what can you do? Race direction allows you to change the bike and then the risk remains with the rider. I think the regulation is right, if a rider feels ok, he continues in that situation, otherwise he slows down. In the end, we riders know how to handle that situation. The Michelins work very well in the wet, when they are warm they allow you to do a few more good laps. If you want to get a podium in MotoGP you would do much worse, this is the reality, it's not a problem to do five laps in the wet ”.

How did the fight with Valentino go?

"It was great, there was a moment when I wanted to change bikes. But then, before the pit lane, he passed me and I thought I'd stay out to go for it. I got behind Vale. He was doing quite well at the beginning then I had a little more, even compared to Lecuona. I went for it on the last lap and it worked, because I won in that group of riders. "

Were you aware in those moments that you were fighting for the podium?

"Yes. I don't know why but they didn't put on the board that I was third, but I knew it. In an already critical situation I would have had even more pressure not to make mistakes, but I knew that very well. I tried to stay cool and clear-headed, but I didn't think riders on wet tires would come that fast. On the last lap it was raining a lot, I lost 20 seconds ... it's racing, I had a lot of fun ".