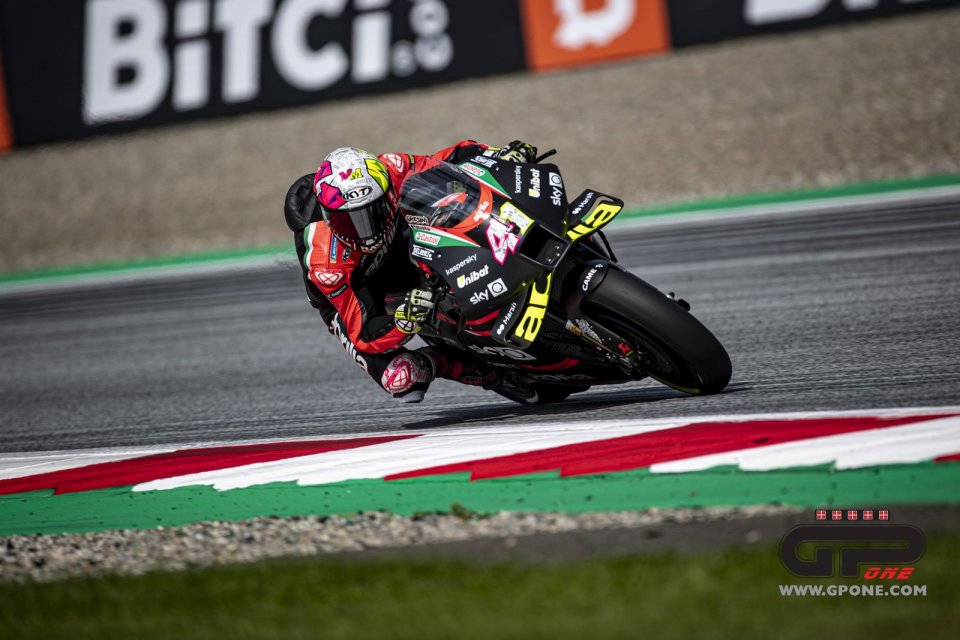 It wasn’t the perfect lap, as Aleix admitted at the end of the Q2, but there’s still optimism at Aprilia, especially regarding pace during the practice sessions, more than anything in the FP4, with worn tires and in a race configuration.

All of today’s sessions were held in dry track conditions, with temperatures that were decidedly summer ones. The FP3s were still scorching at the end, with all the riders engaged in a decisive time-attack for access to the second qualification. Aleix defended himself well, taking his Aprilia to a fifth place, with a gap of less than three tenths. As mentioned, he engaged in a long-run in the FP4, with good times but, above all, great consistency.

In qualifying, Aleix essentially repeated his performance in the Q2 seven days ago, when everything seemed to be substantially improving. Only a few imperfections in the final lap prevented him from getting a place in the second row. An eighth starting position on the grid doesn’t entirely satisfy the Aprilia rider, who will be focusing on his good pace to recuperate.

“I’m really very happy with how we worked this weekend. Based on the data collected yesterday, we changed the setup of the RS-GP again with the guys from Aprilia, and I have to admit that I had a practically perfect bike today. Unfortunately, the second row wasn’t possible. During the good lap, I made some mistakes, and this complicates our race a bit. We know we have some difficulties in overtaking, It’s our Achilles heel, but I’m convinced that, after half the race, when the grip drops, we’ll be able to play our cards right.”

Then Aleix added some technical details.

“I’m satisfied to have shortened the bike a bit, to have more grip. The new Michelin front is also better for me. I could’ve been in the second row and, instead, I’ll be starting only 8th. My mistake. And overtaking is difficult here. The only problem is overtaking, If I could have my pace and let the bike flow through the corners, I could fight for the top. We did a better job this weekend than the previous one but, like I said, I’m having trouble overtaking.”

Then he defended his friend, Maverick Vinales, who was suspended from Yamaha.

“He made a mistake.What he did isn’t great, but he didn’t kill anyone. We do stupid things under pressure. I think he’ll be back to race at Silverstone.”