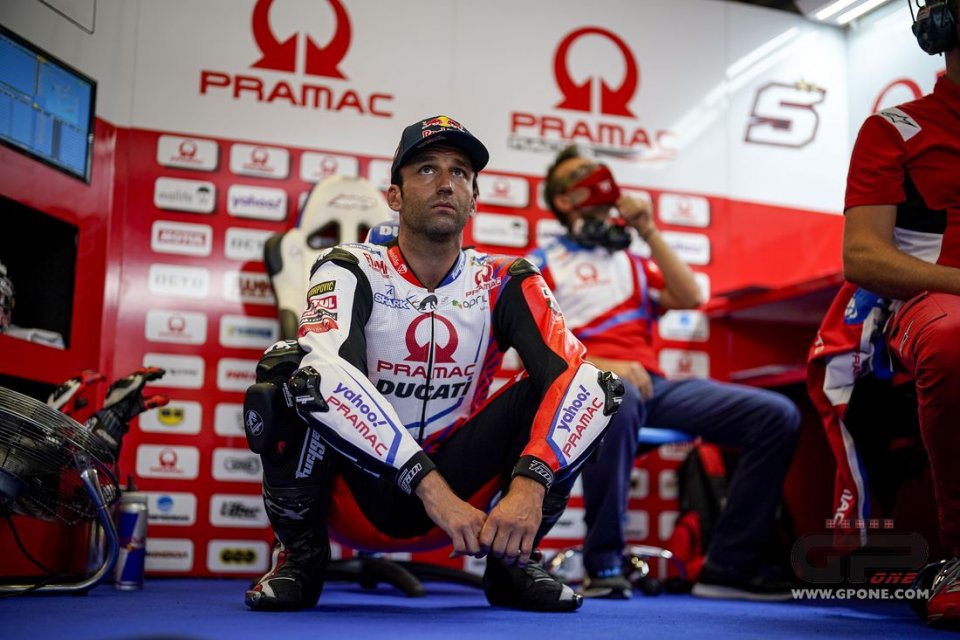 There’s nothing better than starting a weekend with a track record, and that’s exactly how Johann Zarco started his. In dry conditions, a 1’22”827 time appeared on his dashboard. Then, during a wet afternoon, he came in second, so the Pramac team’s French rider will certainly sleep well tonight.

“It was certainly a good first day,” he stated. “I knew the conditions were good this morning, and I asked the team to fit a new tire at the end of the session. I was hot since last weekend. I knew the changes on the bike would improve it, and I’m glad this strategy worked. It’s nice to have set a record and have more confidence, but I’m still not at the one-hundred percent I wanted. I need more laps to repeat Martin’s race from last Sunday, but I’m going in the right direction.”

Zarco spoke of two fundamental changes: one mental and one technical.

“They usually go hand in hand,” he explained. “My goal was to go beyond the limits that I had created in my mind, then we made the right changes on the bike, and something good came out of it.”

Johann’s teammate helped to take that step that was still missing.

“I wasn’t inspired by Jorge in the setup or the working method. I have mine, and I’m not changing them to his mental style,” the French rider stressed. “He’s young. Sometimes he takes more risks, and this made me realize that, if you want to win, you can’t always have everything under control.”

This seems to have worked.

“In my fastest lap, I reached a corner, and I didn’t know if I’d make it… I made the record,” he concluded with a laugh.