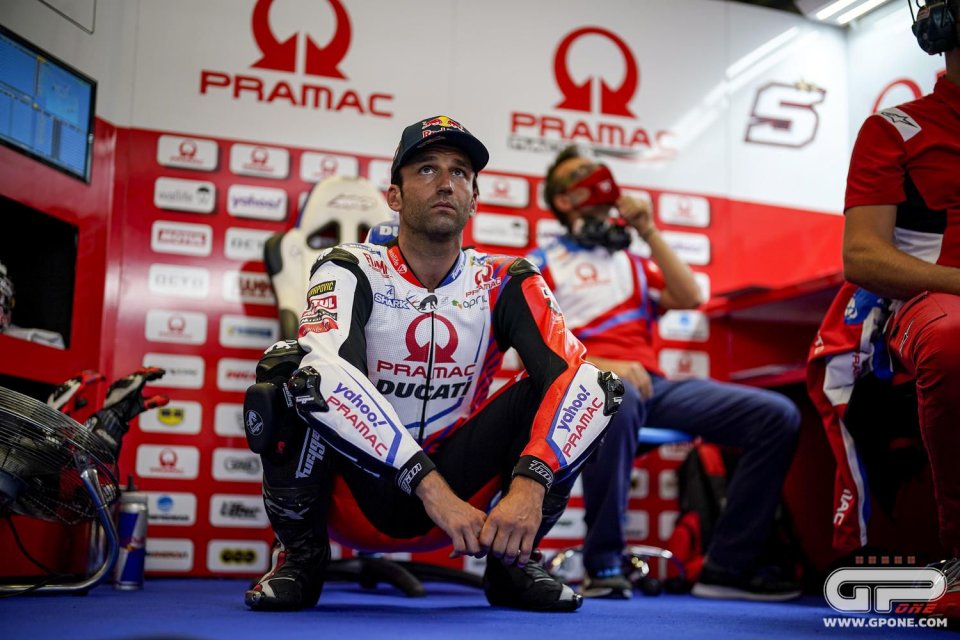 When the lights go out for the Austrian Grand Prix, Johann Zarco will start from the second row of the grid. The Pramac team’s French rider achieved an excellent result in qualifying and even though he said he didn't give his best today, he defended the fourth position in view of tomorrow's race.

"So far it has been a good weekend, I have always been in good condition and it has been an optimal situation to work in - said Johann Zarco at the end of qualifying - Today I struggled a bit to find the time attack, both this morning and in the afternoon. I was lacking a bit of grip and I couldn't make a difference on the flying lap. I am quite happy, I was able to try things in FP4, I had fun and I want to stay positive. The front tire is even harder than the one we had last week, we are still thinking about whether it could possibly be the right choice for tomorrow. We already know that we could fit the hard in front and the medium in the rear. I am hopeful”.

During FP3 you waited a very long time before trying the soft tires, then you only did a couple of laps. If I'm not mistaken, you said it would be a waste of time, do you struggle with that type of tire?

“They are fine but I have not been able to improve my times using them. Yesterday in FP1 I went much better, however even when I didn't manage to do the time attack I had competitive times, this is the important thing. I got an excellent position even though I wasn't at my best today. "

Here in Austria it seems that Pramac is doing better than the factory Ducati, what do you think?

“I have no idea; I know we have the same package. There are no big differences. Bagnaia had a good Saturday. We are not doing much better than them. It's a surprise, Jorge Martin was impressive again today. We are not much faster than the factory Ducatis, we are very similar”.

On the last lap you helped Jorge, had you already planned to do the lap together?

“No, it wasn't planned. I was waiting for someone, it's always handy to have someone in front. With Jorge it wasn't a problem, it was perfect to be in that place at that moment”.

Did you expect such a good season from Pramac?

"I'm happy. When you have a good bike and you are in a good team you don’t need to wait long before you get the results”.