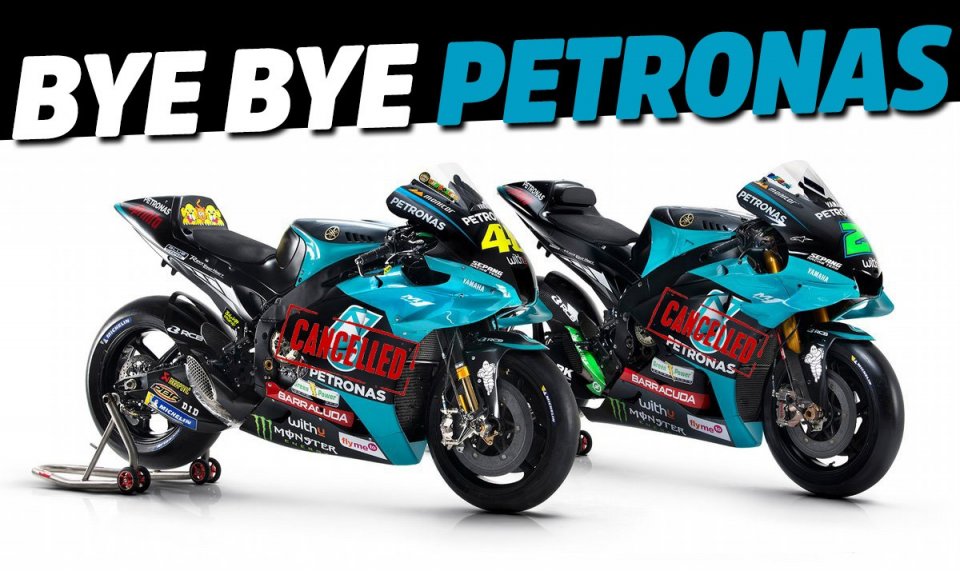 When it rains…it pours. This morning a statement has arrived from the Sepang circuit confirming Petronas’s departure from the team.

Petronas has also been title sponsor in Moto3 and Moto2 since 2018.

Confirmation came from Sepang CEO Azhan Shafriman Hanif who, as is customary, thanked the generous financiers by saying that further communications will be made at the next GP, at Silverstone.

The reality is probably different because, irrespective of the successes of Fabio Quartararo and Franco Morbidelli, the team did not seem to have its own autonomy. And this divorce is perhaps the result of a certain subjection to Yamaha.

After the success of 2020, with 6 GP wins, it was absolutely unacceptable that Morbidelli was provided with an M1 Spec-B, and the justification that this is what was requested (and paid for) by Petronas is equally out of this world.

The entire operation, including the Quartararo/Rossi swap, seemed to be – instead of accepted - supported by Petronas, and since we are talking about an important sponsor, it is even more incomprehensible.

Sic transit gloria mundi (So passes wordly glory), one might say at this moment. Except that the lack of alternatives for a team that at this point will probably remain only in the hands of Stigefelt and Razali, without riders and with Yamaha Spec-B bikes is not good for anyone, including the Japanese manufacturer.

It might be a good idea for Yamaha to review its strategies, also in the management of its internal team, because Ducati and KTM are not sleeping, as their youth policy shows.

With Jorge Lorenzo gone, and Valentino Rossi inevitably at a ripe old age, it doesn't seem to us that Yamaha is proving to be very far-sighted… 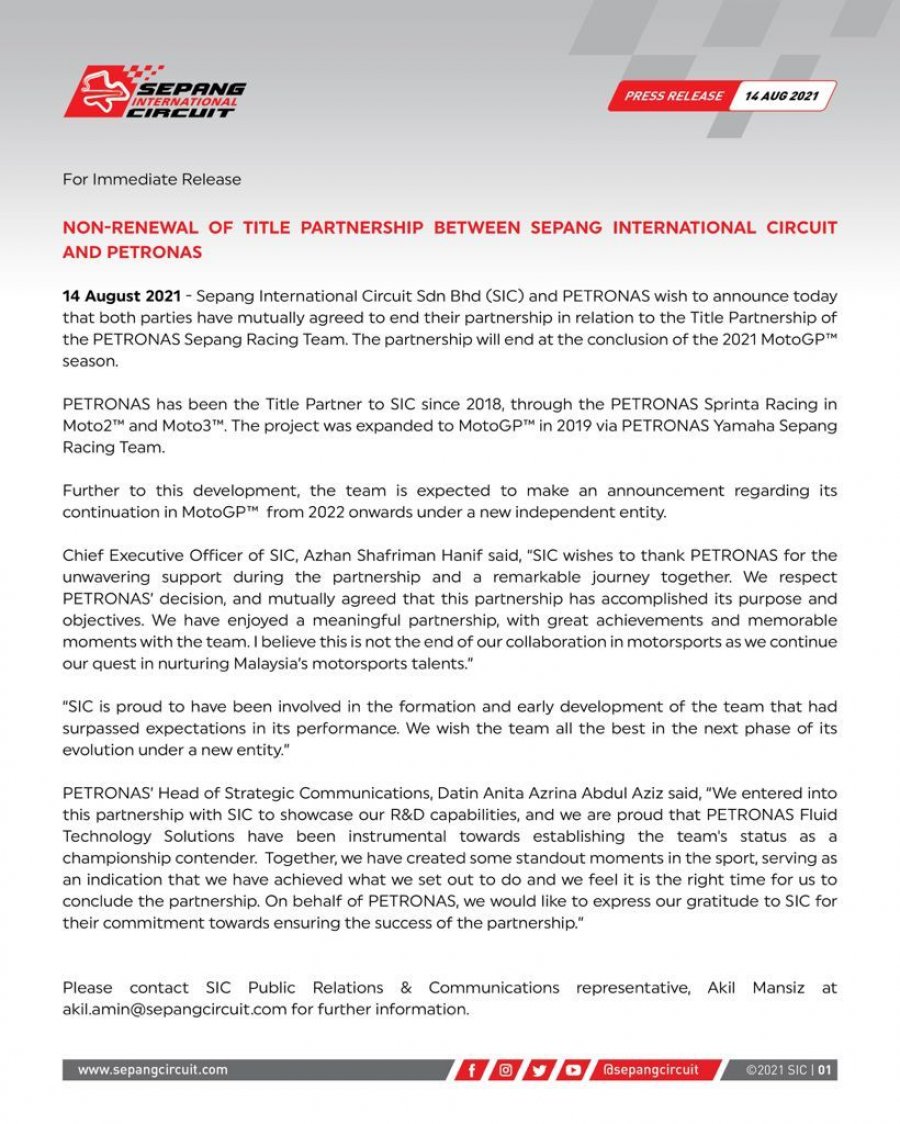 “I was leaning too much. It happens when you push on a MotoGP. I have injuries all over my body. I’ll have to wait and understand my condition. It’s...
14 hours 40 min ago

The calendar for next year has been set and will be made public today. After Kazakhstan, another country enters the World Championship.
21 hours 32 min ago