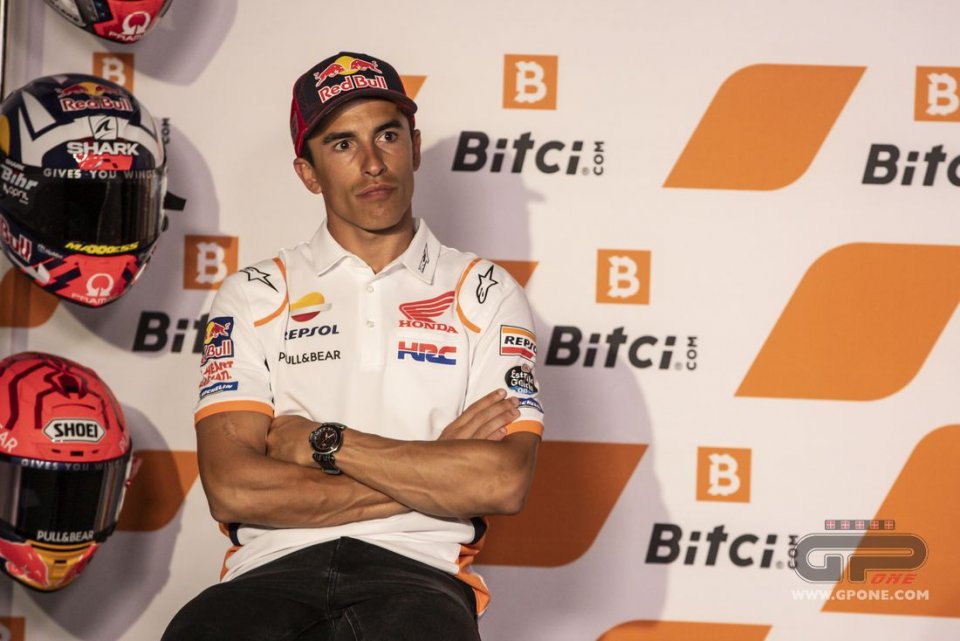 To realize how critical the situation Honda is in, just look at the rankings. In the one reserved for constructors, it’s second to last, ahead of only Aprilia, while the official team is 6th. “I look at those numbers too. If I’m the best Honda rider, with five  zeros, that means we have problems,” Marquez said.

He can’t hide the truth, and Marc is forced to hope for next season.

“That’s the goal. 2022,” he confirmed. “I’m working on myself to try and get back to riding like before, because I still can’t do it naturally now. Honda, for its part, is doing the same.”

Innovations are on the way, and this also affects performance on the race weekend.

“There have been a lot of things to test, and it’s important to do so, even if it’s not the best way to get the most out of a Sunday,” the Spanish rider continued. “But now I have nothing to lose nor win, so I can dedicate myself to this. I know that’s what we have to do.”

Marc and Honda hope they'll be able to find the best form together.

“Honestly, I expected to feel a little better physically last week, but that’s not an excuse ,” he  stated. “After the first start, I felt I had good potential to fight for the top five but, after the restart, my pace was slower than what I had in the FP4. I hope to figure out what happened tomorrow.”

The only consolation was battling it out some with his brother.

“Actually, Alex was faster than I was, but he’s still not experienced enough and made some mistakes,” Marc confessed. “It wasn’t a real battle. I was up front and defended myself, but it was still nice, even if fighting for an eighth position is not what we want.”