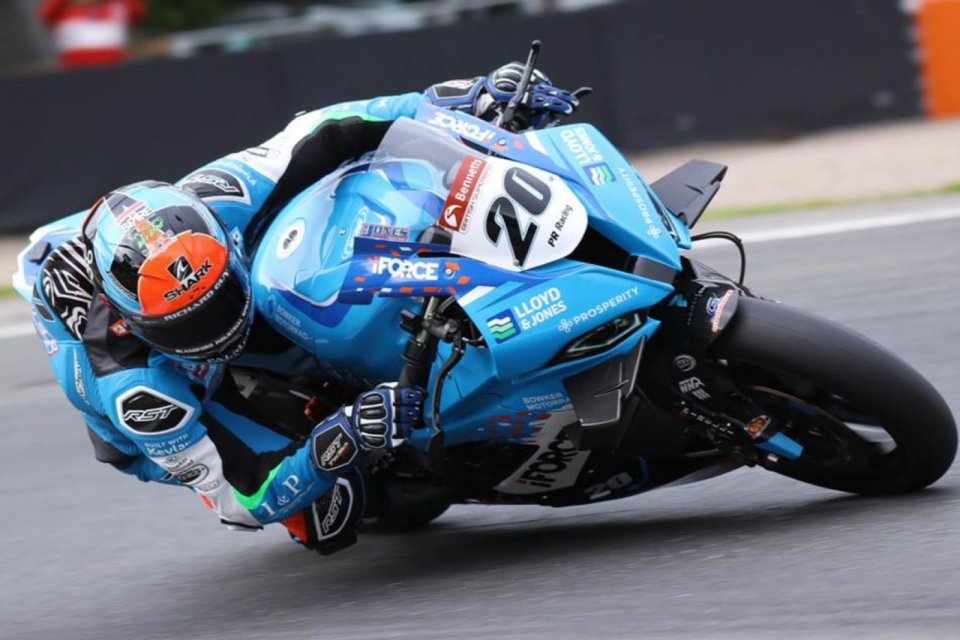 Brad Jones is proving to be a true fighter at King’s College Hospital in London. Nearly three weeks after the terrifying accident at the Brands Hatch Clarke Curve during Race 1 of the British Superbike, his conditions are gradually improving. The decidedly encouraging news was reported in the latest medical bulletin issued this morning by MSVR, indicating that the 23-year-old was extubated and, even if not totally on his own, he resumed breathing. It’ll be a “long and winding road”, but the signs are comforting for both his fans and everyone in the world of motorcycling who have been supporting the young rider from Stalbridge through words and stickers of encouragement as well as fundraisers, like Tommy Bridewell who decided to auction off the suit he wore last season.

“MSVR's report on the latest medical update regarding the health conditions of Brad Jones (iForce Lloyd & Jones BMW) who continues his recovery after the injuries he sustained during Race 1 of the British Superbike, which took place on Saturday, July 24th at Brands Hatch. Brad remains under the care of doctors at King’s College Hospital in London where he is undergoing a neurological evaluation. He was extubated and started breathing again with some help but, most of the time, he is doing it on his own, and sedation is slowly being reduced."