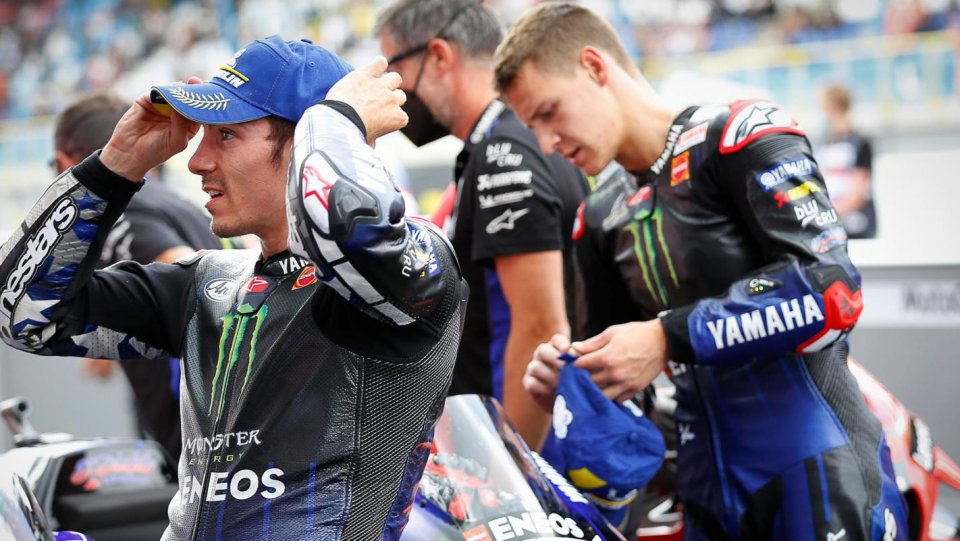 The big news of the day is undoubtedly the suspension of Maverick Vinales by Yamaha. The Spaniard will not take to the track this weekend as decided by the Japanese manufacturer, which has decided to put him in a corner behind the blackboard for the Austrian GP…

Fabio Quartararo was immediately pressed on the matter during the media conference: “I have no big comments to make about it - the Frenchman said - I know that many people have more or less heard and read what happened and I don't have much to add. It is difficult to say something on this matter, I think it is better to ask Yamaha. Personally, I don't think racing on my own is a problem ”.

Certainly Yamaha's decision was a bolt of out of the clear blue sky: “I'm surprised, I still consider the M1 fantastic and I think we can make the top 5 in all races, and like all the bikes it can be improved. By the way, let's not forget that Maverick won early this year. So I think the Yamaha works well and is competitive, obviously we are missing some things, but it's not a dramatic situation. I am of the opinion that we have all the potential to be in the top five or on the podium every weekend ".

The fact is that from today Fabio will find himself on his own in the garage: “It is always important to have information to compare, but I want to fight for the first position, based on my strength and without help. I have my personal goal and I don't need other riders to compare with me. Personally, I don't consider it a problem for me to be on my own in the garage ”.

Marc Marquez then spoke on the subject: “It seems to me that the relationship was already in a critical situation. Sometimes we see some ups and downs from the riders. For sure this story is something really strange, even if Yamaha knows what happened. But we already have too many problems to think about in Honda without thinking about what happened to Maverick ”.

A consideration also came from the reigning world champion, Joan Mir: “I think it is a sad situation, I don't like talking about these things. It’s not nice when these sort of things happen to a rider and a manufacturer”.