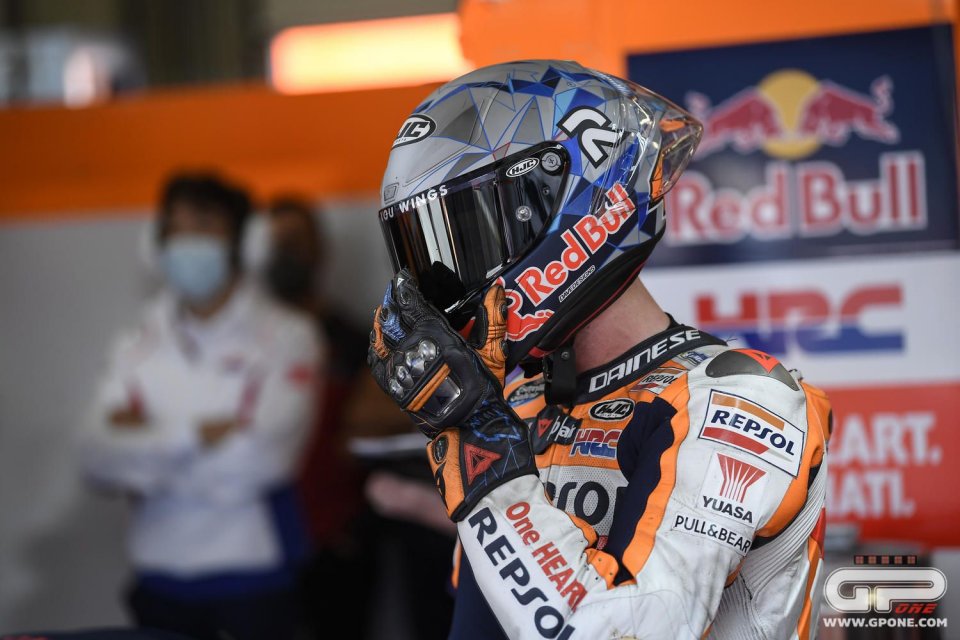 The MotoGP riders are preparing to kick off the second Austrian round at the Red Bull Ring in Spielberg. Pol Espargarò is among those who suffered the most from the second start in the last Grand Prix, due to the red flag. Problems with the tires for the Spaniard this time due to the lack of new tires to be fitted at the restart.

This weekend you will have two new messages on the panel: the first is a warning about safety issues, while the second will be a sort of yellow card warning you about problems on the track. How will you deal with these new communications?

“I just heard this from you and your question, so I'm sorry but I don't know how to answer. However, I think that any further messages regarding our safety are essential. We check the panel continuously and it will certainly be a more effective communication than yellow flags or yellow panels ”.

What do you think of the news about Maverick Viñales?

“I can't say much, I've heard what everyone has heard. I still have to speak to him; I have a good relationship with Maverick and after I talk to him, I will have more information ”.

Marc, at the end of the last Grand Prix, said that he has a new chassis. Are you also on the list to try it?

"No. It's something Honda is still working on and there aren't many pieces to try. Marc is the most experienced rider and Honda obviously chooses him to try it out ”.

Have you already talked about it with him? How does he find it?

“Yes, I talked to him. To be honest not much better. I don't have much information; I'm focused on my work and I'm not sure if he likes it or not ”.

You said you had some problems in the race. Sunday the race could be totally dry and therefore it could be even more complicated.

"Yes. During the second race I didn't have a new tire to put on the rear. This means that everyone started with two new tires while I was the only one on the front. Just think that all MotoGP riders always have two new tires on the grid. Usually the new rear is fitted on the grid to avoid sudden changes in temperature. Instead mine heated up, then cooled down, then we heated it again on the grid, it cooled again in the formation lap. We stopped, then at the start the tire warmed up a lot in the first three or four laps, then cooled it down again as we returned to the garage. With the tire warmers it heated up again, then I went back to the grid and the tire cooled down more. Finally, the race started again. So imagine what it means to start over with used tires while all the other riders have new tires ”.