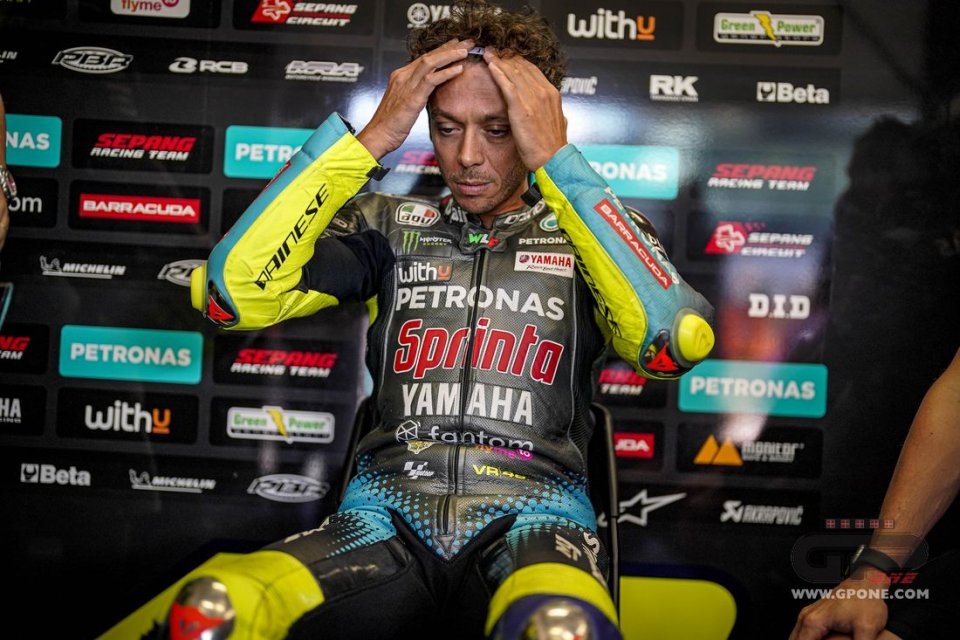 Valentino Rossi restarts from 13th, from the position in which he ended the Styrian GP last Sunday. Not a great result, just a handful of points, but the Doctor wasn’t all that disappointed on Sunday night. He’s progressed some and, in the next race at the Red Bull Ring, his “realistic” goal, by his own admission, is to place in the top ten, which he's never achieved this year.

So the time has already come for Valentino to throw himself back into the fray.

“It’s good to have been home for three days to train and prepare for the next round in Austria,” he said, as he takes stock of the situation. “The first race at the Spielberg was not a bad race. I was able to battle it out with the riders close to me, and they managed to score points.”

But, logically, that’s not enough.

“Now we need to look at how we can improve, mainly with the bike setting, trying a few small things, and working to be stronger this weekend,” he continued. “The goal will be to work well in the practice sessions and try to get a better position on the grid. Then, on Sunday, we’ll try to improve the start, have a good pace again, and get some points. I’d also like to be able to fight for the top ten.”

Rossi will once again have Cal Crutchlow by his side, since Franco Morbidelli is recovering  after knee surgery. The British rider returned to racing on the Yamaha after retiring at the end of last year, and it wasn’t easy for him.

“It was really nice to be back racing last weekend and, physically, I felt pretty good,” he explained. “We have to look at the data and try to understand why we had traction problems, especially because we hadn’t had them before. I can’t wait to ride again, and my main goal will be to improve my performance in the Styrian GP and go even faster this weekend. We have a margin, and it’ll be interesting to continue working on the bike in the same circuit for another three days.”