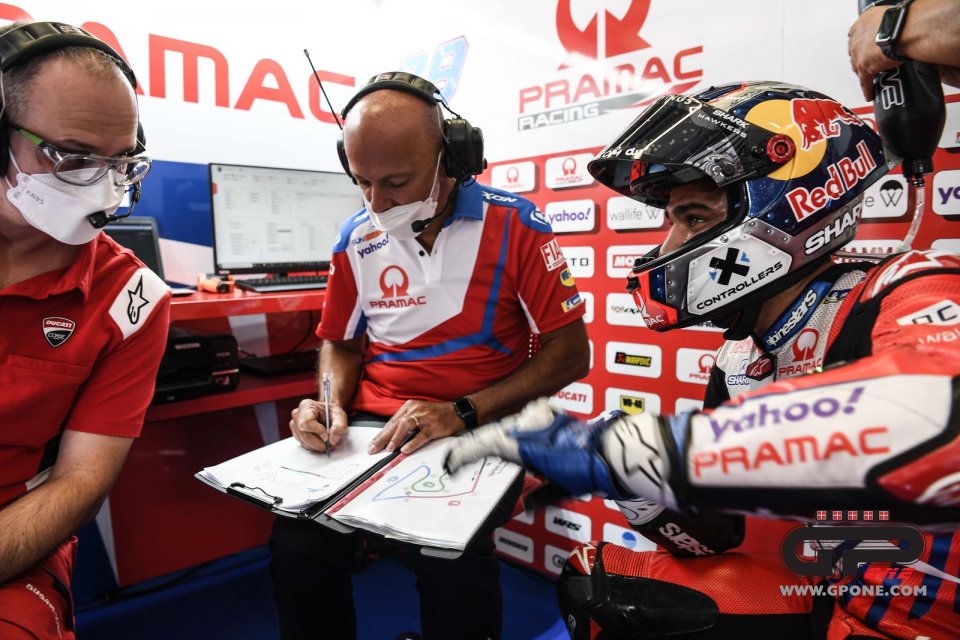 Daniele Romagnoli, known as “Radar”, is Jorge Martin’s wingman, the man who sits next to him in the pits and interprets the data and his words to put him in the best possible condition.

He’s a highly experienced technician, who has always been called upon to manage fast riders, and he has a particular opinion regarding the last one entrusted to him by the Pramac team.

“In my opinion, Jorge is truly an expression of the young generation. Even Melandri was in his day, but Martin is not the 2.0 evolution, but the 3.0! He has incredible speed in learning things. You explain the telemetry, a set-up, and he understands it and interprets it on the fly. I’m really happy with him. But then he was unlucky because he got hurt and was out of four races. This was his sixth. What can I say? In the second, in Qatar, he got the pole and finished the Grand Prix in third place, but here he started from the pole and won it.”

Romagnoli is enthusiastic, especially about the communication that has been established between him and the 23-year-old Spanish rider, already World Champion in the Moto3 in 2018.

“What’s great about Jorge is that he tells you, ‘in this round, I’ll do this, in the race I’ll do that’, and ninety percent of the time, he succeeds, he does it,” the technician continued.

“This first victory, which is also the first for the Pramac team, is important, because Mir behind him didn’t give up a second until the last lap. We were afraid. This is a treacherous track. So, in the last few laps, we gave him a little more margin in signaling to reassure him.”