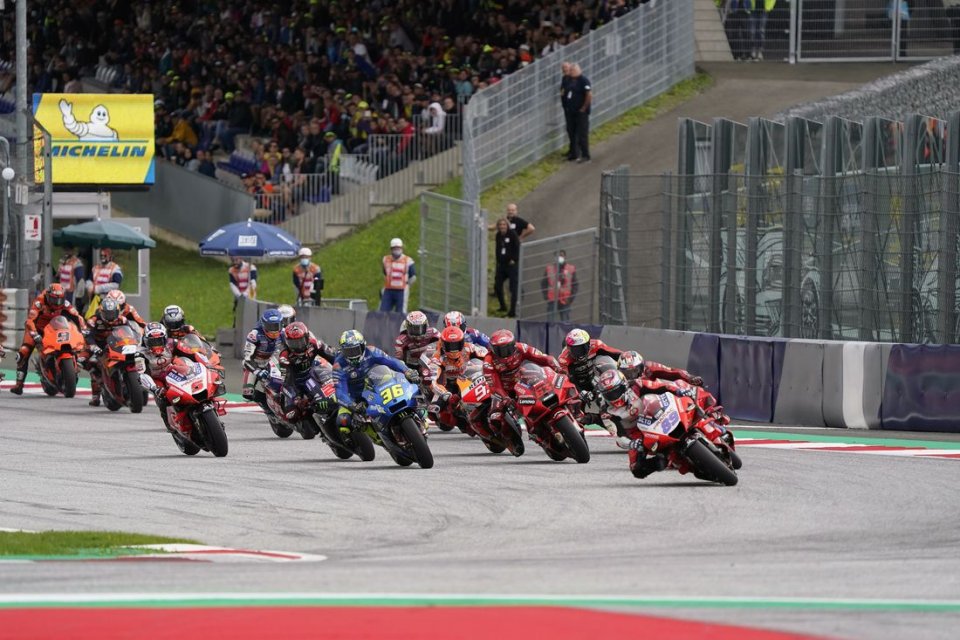 Jorge Martin's victory at the Red Bull Ring is still vivid in our minds, but we must turn the page and already think about the Austrian GP which starts on Friday. Two consecutive races on the same circuit were introduced last year due to the Covid emergency and don’t particularly meet with the favour of the riders, but these days we have to settle for what we can get. Also because, at the moment, the number of double-header rounds has been reduced to a minimum this season.

One might think that a second race on the same circuit a few days later might hold few surprises, but this is not the case, or at least it has not been in the past. Of course, all the riders have the time to get their bikes up and running, so the gaps are reduced to a minimum, but on the other hand the conditions could change and throw everything wide open.

From last year to today, there have been 5 back-to-back races and only on one occasion has there been the same winner in both events. It was at Jerez last year, when Quartararo was able to win on both Sundays, an isolated case, that has never happened since.

In Austria, also in 2020, the first race was won by Dovizioso while the second by Oliveira, in Misano it was Morbidelli who hit the target first, while Vinales was first in the following GP. Same story in Aragon and Valencia, with Rins and Mir winning the first race and Franco winning the second on both occasions. The only double-header of 2021 was in Qatar and saw Vinales win the first one and Quartararo the second.

Despite the alternation of winners, there is one aspect that catches the eye: in the case of two consecutive races, bikes with the same architecture always prevailed when it boils down to the engine. Last year in Austria first a Ducati won then a KTM, two V4s, in the other cases either two Yamahas, or a Yamaha and a Suzuki, both with an in-line 4-cylinder, triumphed.

Following this logic, either a Ducati or a KTM or a Honda should win on Sunday. The conditional is a must because (fortunately) in MotoGP twists and turns are always around the corner and in sport statistics only exist to be proven wrong.

That said, Ducati will still have another big chance to win, and not only with Martin, who will arrive at the Austrian GP in any case galvanized by his recent victory. Bagnaia had shown that he had the right pace after the first start, Miller and Zarco were not too far from the best and a few more days of practice could help them.

At the moment the ranking is not a particularly happy one for the men in red, with Johann 40 points behind Fabio, Pecco 58 and Jack 72. The Austrian GP will take place on August 15th, it is far too easy to say that it might already be the last resort for Ducati…