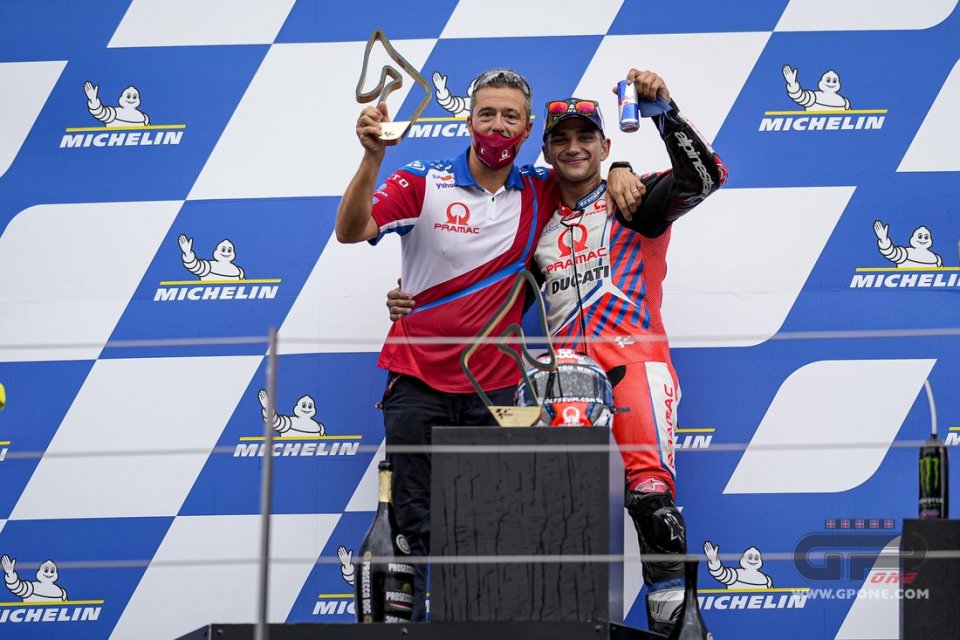 “More than waiting for this victory, we were looking for it, with Petrucci since 2015, also here with Jack last year, and in Valencia. It had eluded us for a while. Doing it with a rookie is incredible, and you think he’s in his fifth race… and a half.”

That was Pramac Ducati’s team managerFrancesco Guidotti speaking who, like Daniele Romagnoli emphasizes how quickly Martin became familiar with a complex bike like the Desmosedici.

“He’s a new generation rider, with great learning and implementation speed. Ducati has many systems, different mappings and other functions, and Jorge immediately started using them, making hardly any mistake. And his comments are very reliable. If this is the new generation, the current limits will drop a lot. With more experience, what will he be able to do?”

Meanwhile, he won, allowing Ducati to maintain its leadership at the Red Bull Ring.

“That’s true. The Ducati is especially effective here, but he had a possessed Mir behind him,” Guidotti stated and added: “They’re long races and, at the Red Bull Ring, it’s not easy to overtake, so he did well to stay ahead. It was time. We were missing a victory. Too bad that they failed to give Zarco what he wanted. Now we’re here, and we’ll try to fight to the end. Quartararo is always there, and has a 40-point advantage. In a few days, however, we’ll be back on this track. We need to keep our concentration high.”