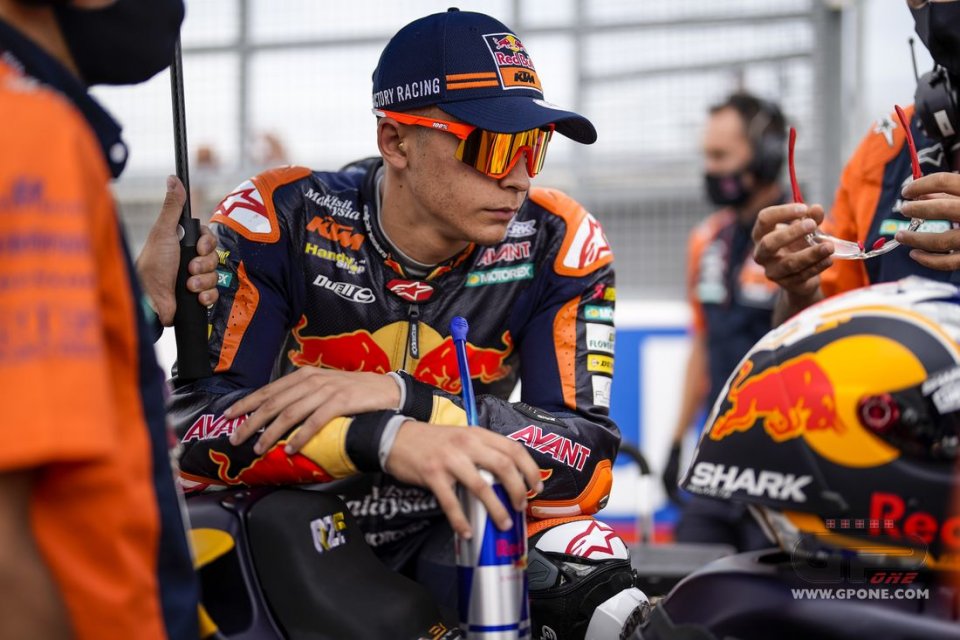 Raul Fernandez’s move to the MotoGP with KTM Tech3 is already causing discussion, especially about the way it was made official yesterday during the FP4, without notifying the current riders (Petrucci and Lecuona), who were then dismissed while they were still on their bikes. But this is a simple matter of form, the real problem is another: namely, that Raul is not at all convinced to leave the Moto2, after just one year, or even to get on the RC16.

It’s no mystery that both Petronas and Aprilia knocked on Fernandez’s door to know if it would be possible to free him from his contract with KTM, like Martin did last year by joining Ducati. But the Austrian company didn’t want to see another of its gems stolen under its nose and accelerated the pace, securing the Spanish rider who, however, isn’t happy. When Raul’s manager, Hannes Kinigadner, went to Pierer and Beirer to ask for his contract to be terminated (facing a penalty of €.500,000) they shut the door in his face. They could now be going to court.

He said it very clearly in an interview with Izaskun Ruiz on Dazn Spain. First he hesitated: “I don’t want to talk about the future. It’s wrong. I want to stay focused on the Moto2." But then he was pressed by the journalist about his statements made before the summer break, when he said that he was 99% sure he would stay in the Moto2. “That’s life” was his cryptic response.

In the end, though, Fernandez let it all out when he was asked if he’ll be where he wanted to be in 2022: “No” was his curt reply, leaving no room for interpretation. Then he stopped, “Let's not go further.” His MotoGP adventure obviously doesn’t seem to have started under a lucky star.

Pit Beirer: "It's up to KTM to convince Raul Fernandez to stay"