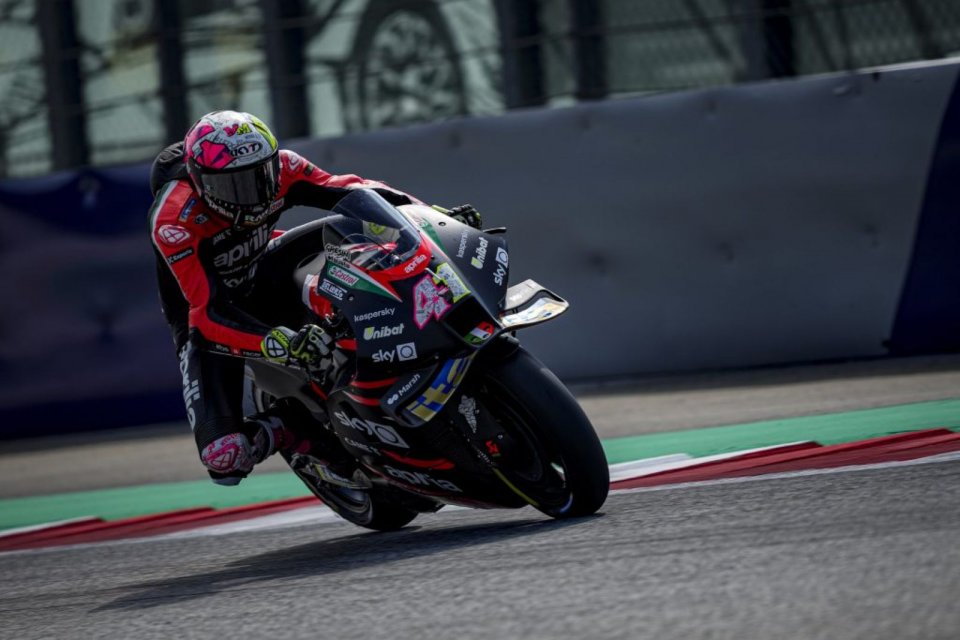 Today’s race on the ultra-fast Red Bull Ring turned out to be a total no-no for Aprilia. While Lorenzo Savadori was forced to jack it in after a fireball crash with Dani Pedrosa's KTM, Aleix Espargarò went for an early shower because of a mechanical issue, the second of the season after the one at Le Mans. Despite starting from the seventh grid slot, when he retired the Spaniard was just outside the points zone. The reason was due to a contact (in both starts) with Marc Marquez at turn 1. 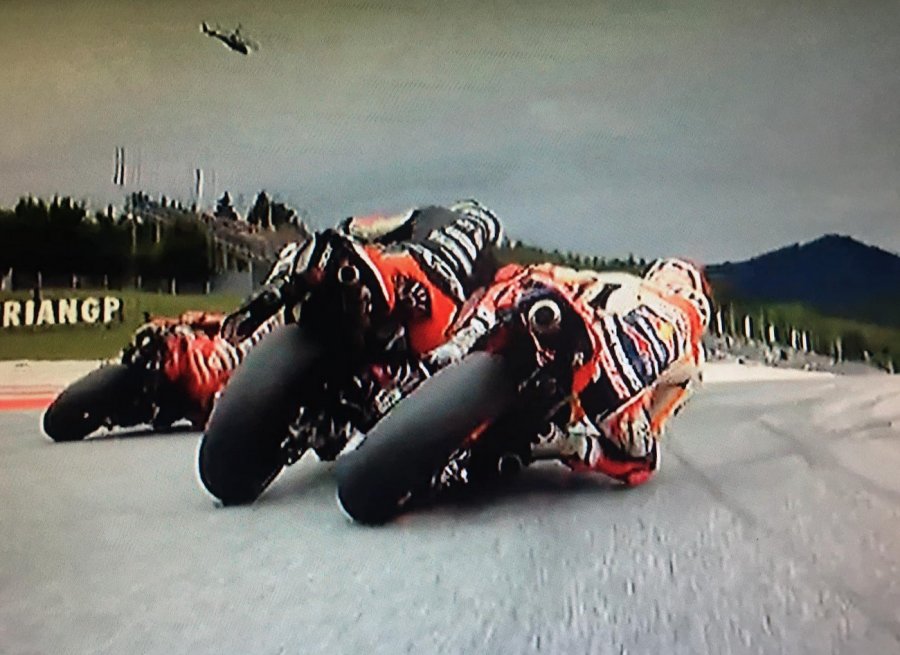 “I don't want to blame Marc, after all this is his style, we have come to know him over the past ten years. He made an on-the-limit pass, but that's the way he is. At the same time, I am disappointed by the behaviour of the race stewards, I expect them to do their job and apply the rules - he said - maybe they were watching the closing ceremony of the Olympics, Marquez was really aggressive both in the first and in the second start. If penalties are imposed only in cases where accidents occur, what is the Stewards’ Panel for? I don't understand the way they work, there is no communication and nobody understands the sanctions. I consider it a losing battle”.

In the last three races held in chronological order on the Austrian track, the red flags have conditioned the race of the riders: first the contact between Zarco and Morbidelli, then Vinales who ended up without brakes and today the brutal accident that saw his teammate hit Pedrosa’s bike, which was on the racing line, full-on Is it right to continue racing on the former A1-Ring?

"We have said that it is dangerous on several occasions, but I don't want to waste any more time because basically they do what they want - he pointed out - this track is unsuitable for motorcycles, given the situation we might as well start organizing the Grands Prix in cities, nothing would change. I'm sorry for Lorenzo because he's a good guy and he doesn't deserve this, if he hit Dani instead of the bike we'd be talking about a tragedy ”.

As mentioned, a problem with the RS-GP’s engine prevented the 32-year-old from completing the scheduled 27 laps. Meanwhile, the name of Andrea Dovizioso is already being mentioned as a possible replacement for Savadori who fractured a bone in his right ankle.

“I have little to add about the race, an engine problem prevented us from scoring some good points for the standings. I'm sad, we had the potential to bring home a great result, plus I would have liked to have finished in the top-5 in the championship, but today's zero complicates our plans even further. Now we look forward to next weekend with confidence where I would be curious to see Dovizioso at work considering Savadori's injury ".