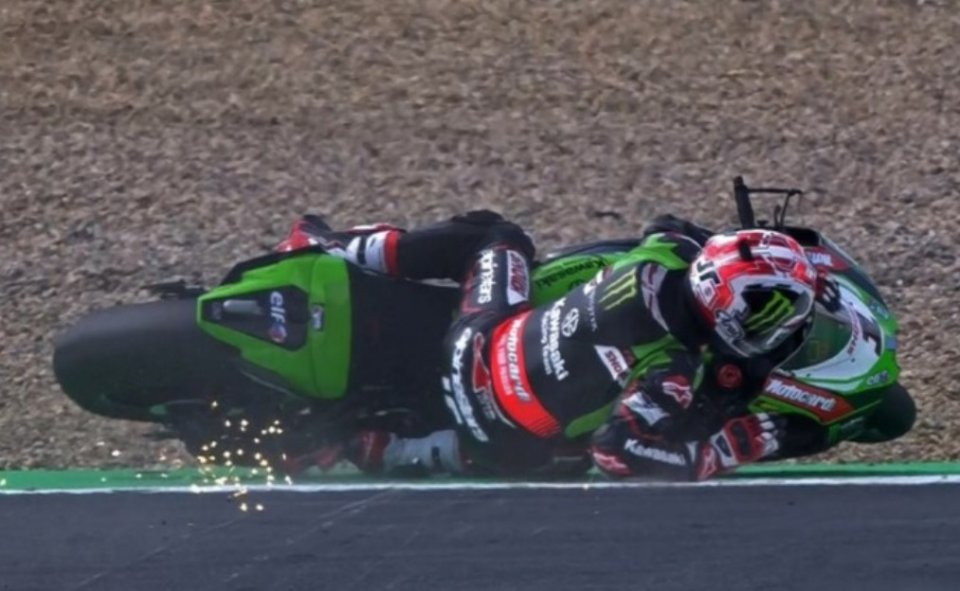 Not one, but two falls. A bitter Saturday in Most for Johnny Rea, forced to watch Toprak Razgatlioglu’s success from the side of the track. In the Czech Republic, the Cannibal wanted to confirm his performance in Assen, but his expectations were disappointed.

The first arrived at the chicane, then, in an attempt to reassemble, he was again thrown from his bike. Rea licks his wounds with the only consolation of still having the world leadership in his hands.

“Too bad about how it went today,” he began. “I fell without even pushing. The first was similar to the accident at Donington, where I lost the front and ended up falling. Today, however, I was able to start again, but I don’t really understand what happened during the second fall. That’s how it went. I feel bad, but that's part of racing.”

Meanwhile, Toprak shortened the gap in the standings.

“I couldn’t pass Toprak today. I tried in several places, both on the straight and in braking, but there was no way to pass him. We’ll definitely have to understand why this thing happened, since I struggled. The important thing, however, is to have remained at the top of the World Championship.”

“I don’t think the new Kawasaki is the problem, since the bike is undoubtedly a step up from the previous one. It’s obvious that, when you take a new bike to the track, it’s not all automatic and expected, since there are several points to focus on. At the same time, it’s also true that the competition has risen a lot.”

So his goal is to get up and start again.

“Personally, I have nothing to complain about, even if the cut in laps had an effect and, if we look at where the satellite Kawasakis are, it’s significant. We have to work more on the frame, since we struggle with the dips. The goal is to have a bike that is even more agile and faster in corners and also in straights. Be we’re working on the electronics, to understand what we have to do.”

Lastly, he spoke about Toprak’s success.

“The corner where Scott overtook is tough. I would've been surprised if he hadn’t tried to attack. We know Toprak well. He’s a very strong rider in braking.”

Ixon, the supplier of Aleix Espargarò's suit, has revealed data from his crash at Silverstone. The airbag deployed in 950 milliseconds
19 hours 31 min ago