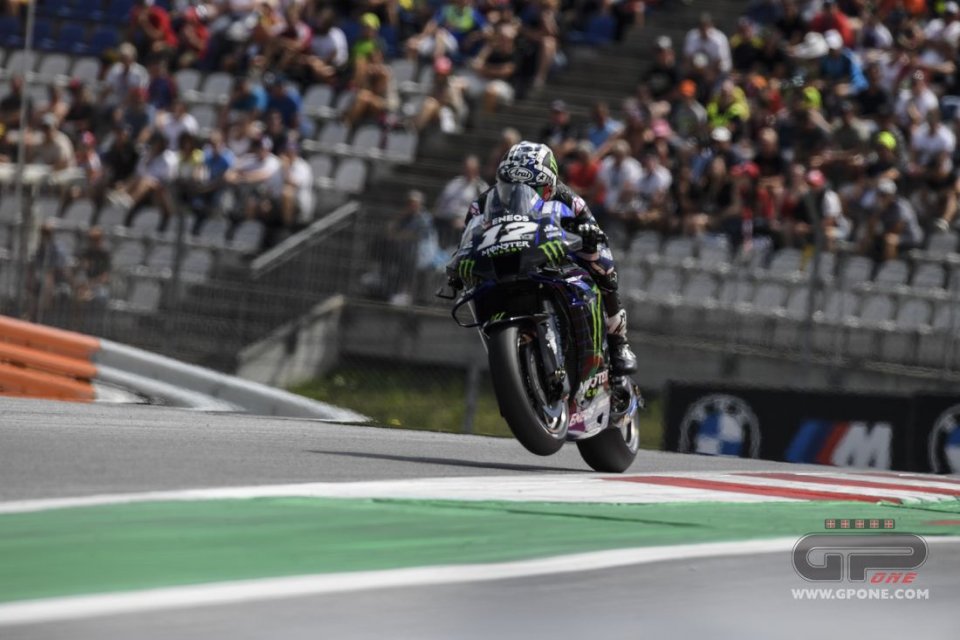 Maverick Vinales is keeping his mouth shut on the news of the agreement reached with Aprilia for 2022. The official announcement should arrive shortly, perhaps as early as tomorrow, but the Spaniard does not want to come clean. “For sure in 2022 I will be on the track, I will not spend a year away from bikes - he declared - I am a warrior and I have to fight to get what I deserve. So I will push until the end of the year and I hope Yamaha will help me. "

There is no way to wrest anything more about Maverick's future, if not the most recent, that is, tomorrow’s race at the Red Bull Ring. After his good performance in the morning, Vinales was unable to do the same in the afternoon and in qualifying he had to settle for 9th place.

“What happened in the afternoon? It's a good question and I'd like to have an answer, especially for me. Unfortunately I don't have it - he smiled - In FP4 I had some engine problems, at the first touch of the gas it seemed to cut the power, then in qualifying I struggled to stop the bike. I was optimistic, but in FP3 I braked very well and in Q2 I ended up in the gravel every time I braked ”.

This does not mean that Vinales has thrown in the towel for the race.

“For sure, starting 9th or 1st is not the same thing, but I will try to find the sensations of this morning. If I succeed, I will have a good opportunity to do well - he confirmed - I don't know what conditions we will find, of course I would prefer a dry race than a flag-to-flag but, in any case, it will be fun ".