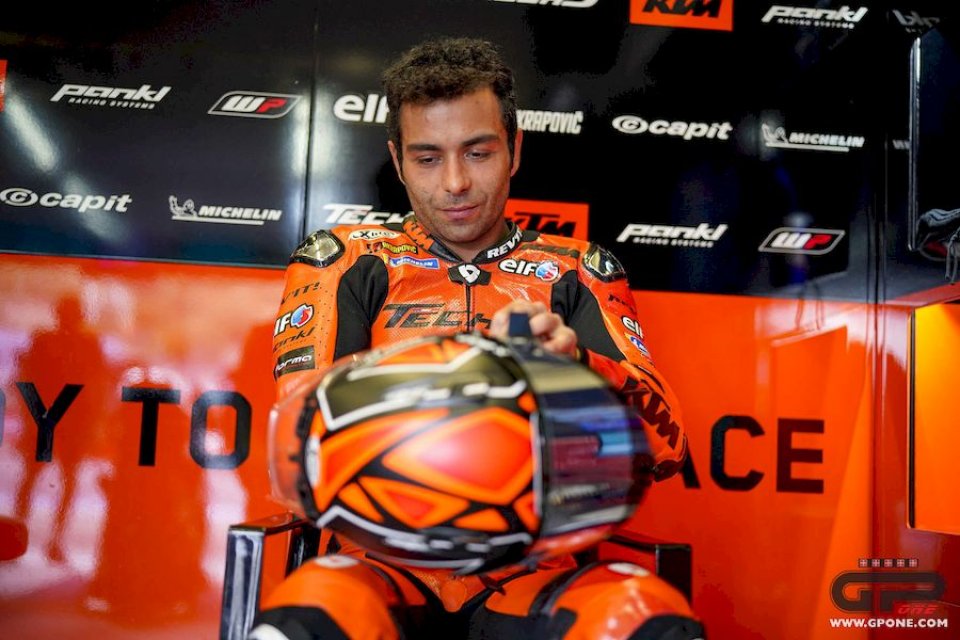 An unexpectedly smiling Danilo Petrucci shows up at the media debrief after today's FP4 at the Red Bull Ring. It was a rather particular qualifying session for the Italian, who not only failed to do any better than his 22nd place on the grid, but also because not everyone gets fired while still out on the track. As a result it is probably more of a bitter grimace than a smile…

If in a love affair that never blossomed like the one between Petrucci and the Tech3 RC16, the epilogue was probably taken for granted, the timing could at least have been a bit more fortuitous. “Of course I'm not surprised, I have known for a long time that at the end of the season our paths would separate, because when you call and no one answers the phone you know that your fate is sealed. Of course, I could say something about it not being correct and educated, but this world will never cease to amaze me ".

Danilo jokes about the official status of the divorce: "I was very amused these days to see everyone pretend that nothing happened, in my opinion they could have given the news two or three weeks ago and it would have changed little for me. But now after qualifying we had a meeting, they fired me when I still had my leathers on ”.

The chequered flag that Petrucci is chasing is the one regarding his future, but he doesn’t wish to say anything about it. Of course, the contract termination procedures are certainly not a small detail and the possibility of seeing Petrucci's future in rallies or in motocross under the banner of the Mattighofen manufacturer have collapsed. "I reassured them, however, that I will not stop being their customer” he said. Petrux does not rule out any possibility and admits that he has begun sounding out someone who “doesn't want me to cover a square on the chessboard, but who has faith in me. I want to keep racing while having fun. "

And seeing as the sky above Styria seems to be enveloped in clouds, to those who ask him if he has a rain-filled surprise planned for tomorrow, he replies: "My approach does not change, I race to do the best possible, but it is also true that on the straight with this bike I suffer a lot and lose all the feeling and the pace gained. I'm an extra-large rider and I know it's my limit, just look at how much better my lighter and shorter teammates on the same bike go than me”.