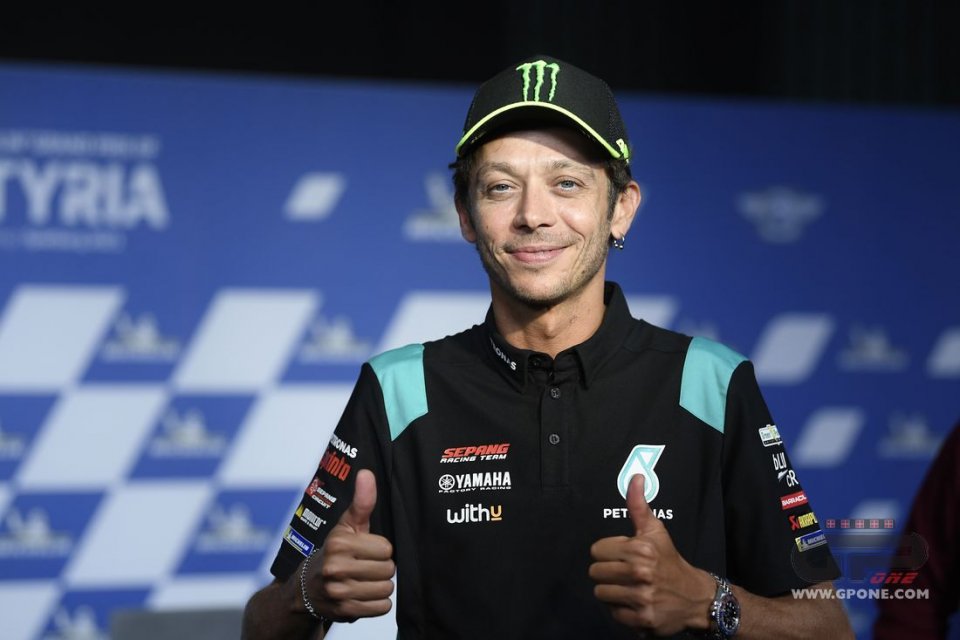 Valentino Rossi was a fundamental part of Yamaha’s history in the MotoGP. Starting with that first victory in South Africa in 2004, the first of 56 won together, in addition to 42 podiums and, of course, 4 world titles. After the announcement of his retirement, a statement by Yoshihiro Hidaka, president and CEO of the Japanese company, were not long in coming.

“First of all, I would like to take this opportunity to express my gratitude to Valentino for the great collaboration we have had with him. We will miss him a great deal on the track, in the paddock, and behind the scenes at Yamaha, but we fully respect his decision,” he said. “At Yamaha, we are very proud of the legacy in motorcycling we have created together. The sixteen years we spent as partners were filled with epic battles on the track and victories. At Yamaha, we always strive to give our fans and clients the Kando feel. In a sense, Valentino’s entire career at Yamaha embodies this pursuit of the deep satisfaction and intense excitement we feel when we encounter something of exceptional value. We are all very happy that Valentino has decided to remain a Yamaha rider until the end of his MotoGP career and beyond.”

“There are too many great Yamaha moments with Valentino to pick one as a favorite,” he continued. “There have also been challenges over the years, but the trust between us has never wavered and, indeed, it has strengthened our partnership over the years. Valentino’s successes have been achieved both on and off the track, and forms an important part of Yamaha’s sporting heritage. We thank him for his incredible efforts, for his unrivaled skills, and for his passion and his optimism that never subsided. We are proud to have been part of his unique success story. We will forever cherish the precious memories we made together and hope to continue adding more with him as a Yamaha brand ambassador.”

Lin Jarvis, Yamaha’s Managing Director, who shared the garage with Valentino for many years, also wanted to express his gratitude to him.

“First of all, I’d like to sincerely thank Valentino, on behalf of Yamaha Motor Racing, for his special partnership,” he began. “We’ve had the privilege of being protagonists of a legendary era in the Grand Prix, with Valentino fortifying the Yamaha rider line-up for sixteen seasons. The now iconic partnership between Yamaha and Rossi began almost like a fairy tale. Rossi won that incredible race at Welkom in 2004, his first GP with Yamaha. His arrival in Yamaha was the catalyst that completely changed our MotoGP racing program and gave us the confidence to rediscover our spirit of challenge and become MotoGP world champions once again.”

“Since 2004, we’ve completed two-hundred-and-sixty-four races to date. Together, we’ve achieved fifty-six wins, forty-six second places, forty third places, and we’ve won four MotoGP world titles, respectively in 2004, 2005, 2008 and 2009,” he recalled. “Valentino is a living legend whose achievements and personal flair have contributed to Yamaha’s legacy and heritage in abundance. Also, during the toughest times, his positive mindset was a boost to those around him, and he was always ready to go the extra mile for a good result. It’s thanks to his inexhaustible passion for the MotoGP that we were able to proudly watch sixteen fantastic seasons together.”

“We all knew that the time would come when Valentino’s illustrious Grand Prix career would come to an end. His unrivaled skills and warm charisma will surely be missed by fans, media, the MotoGP paddock, and all the Yamaha staff,” he concluded. “But before he finally hangs up his suit, we still have nine opportunities to enjoy and savor his appearances in the remaining 2021 Grand Prixs. In this sense, it’s very fitting that we’ll see the return of racing fans and spectators in many of the upcoming races. So let’s enjoy all the next GPs, and then we’ll have the chance to really thank Valentino at the end of the Valencia GP weekend in November.”