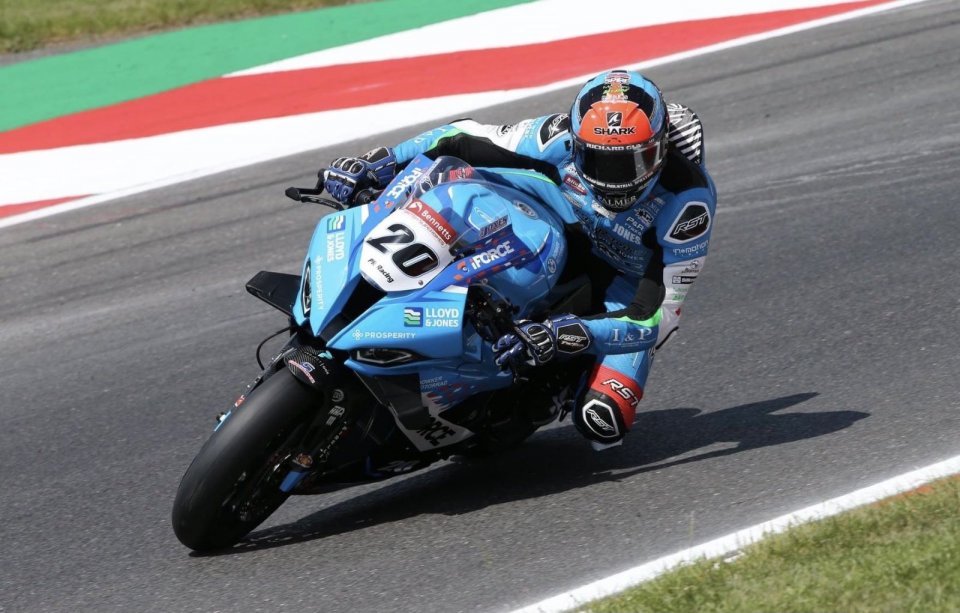 After being involved in an unlucky violent accident at the fast Clarke Curve during Race 1 of the third round of the 2021 British Superbike at Brands Hatch, Brad Jones is still under observation at Kings College Hospital in London where he recently underwent surgery for various of injuries. In the next few hours, he’ll undergo additional neurological tests and, according to what was released this morning by MSVR, doctors plan to gradually reduce sedation. Of course, the recovery of the 23-year-old (two-time British SS600 vice-champion in 2019-20 who debuted in the BSB with iForce Lloyd & Jones PR Racing BMW) is still long, but, fortunately, there are some comforting signs following the scare he had the past few weeks.

“Brad Jones remains under the care of the medical team at Kings College Hospital in London. He recently underwent a successful operation on his pelvis and his chest and pelvic injuries are setting. Brad’s neurological condition remains the primary focus. He remains under sedation, which is being gradually reduced, and awaits further  examinations. Once these investigations are completed, they expect to stop sedation and allow him to wake up.”