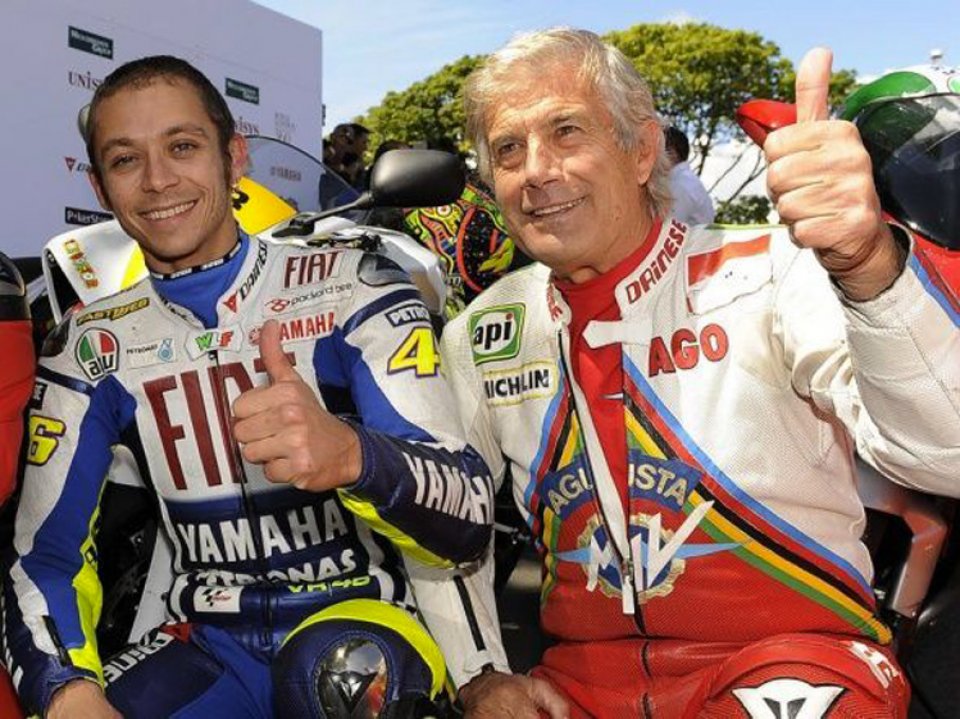 “I was expecting it, when I heard about the press conference, I knew he was going to retire. I didn’t feel that he was emotional about it, I think he decided it a few days ago and had already metabolized the emotion. Because it's tough, guys, this decision is tough for any sportsman. Depending on the specialty, the day comes sooner or later, but it arrives for everyone ”.

These words come from the King of Kings, his Majesty Giacomo Agostini whose record, today even more than yesterday, appears very distant and unattainable for everyone.

"There is still Marquez who can reach me, he is young eh, he is young and he could do it", says Ago, but without much conviction because 15 world titles and 123 Grands Prix won are an Everest, a peak that can be unattainable even after having acclimatized for a long period of time at base camp and having started the climb to Sagarmatha, 'God of Heaven', this is the Nepalese name for the highest mountain in the world, easy to compare to the successful summit reached by Ago.

"As I have said several times, I cried for three days, because I was leaving the great love of my life and believe me: there is nothing like getting on the podium with 60,000 fans cheering on you. The joy, the success, the adrenaline are not comparable with anything else. If today they told me that after Mattarella’s last six-month period, they chose me as President of the Republic, I would be happy, yes, but never as I was as a rider ”.

Vale took us a bit by surprise: we were thinking of another year with his team…

“I, on the other hand, was sure that he would have stopped, the more time passes the worse it gets. That's the way it is for sportsmen, otherwise I'd still be racing at 80! ”.

In reality, Valentino himself commented: “racing just one more year, in a new team with a new bike, would not have been enough”.

"Do you see? This happened to me too: one day you realize that you can no longer win and you know that that day, the day of retirement, has arrived. You can’t run, you can’t hide. Did he do it too late? I can't say: it's always a personal decision, it depends on what you feel. For me, competing meant winning, when I realized that it had become difficult, I realized that the time had come, but I wanted it to never come. And it was a sad day: I said goodbye to everything I loved ".