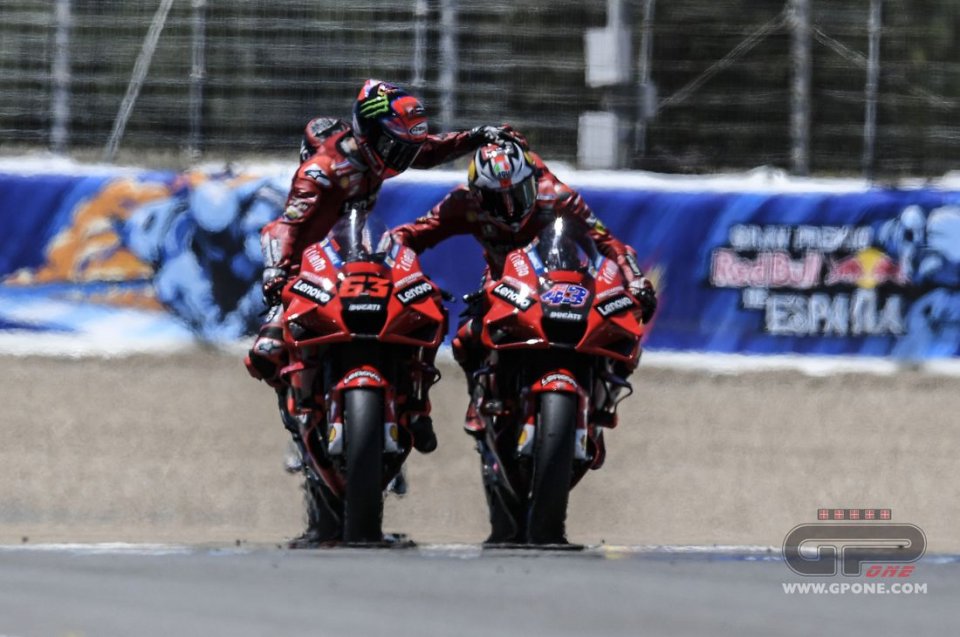 The occasion is tempting and one not to be missed: two races at the Red Bull Ring, a track that has always been a friendly one for the Desmosedici. Ducati can boast 5 wins out of 6 editions of the Austrian GP and is eager to extend its trophy cabinet. Also because its two riders, Bagnaia and Miller, have respectively 47 and 56 points to make up on Quartararo and must do it quickly if they want to keep their championship hopes alive.

Everything is in their hands, or rather in their wrists, and the holidays were useful to better prepare for the long final sprint.

"This long five-week break has really helped me recharge my batteries, and now I'm ready for the second half of the season – confirmed Pecco – I’m really looking forward to getting back on my Desmosedici GP and, above all, to racing in Austria again. Last year, I had to sit out both races held here because of my leg injury. At the Red Bull Ring in 2019, in my debut year in MotoGP, I had managed to finish seventh at the Austrian GP, while Ducati has won five of the six races held so far at this track, so I'm sure that we have all that we need to fight for a good result on Sunday! I'm determined to get off on the right foot in this second half of the championship".

The same goal is shared by his teammate Jack Miller.

"I am excited to be back in action this weekend! – said the Australian - During this five-week summer break, I had time to rest, but I also continued to train with my Panigale V4 S, having fun with the other Ducati riders in Misano. Now, we will have a double-header at the Red Bull Ring in Austria, where last year I went close to claim victory. In 2020, I got on the podium twice, both at the Austrian GP, where I came third and at the Styrian GP, which I closed in second place. This track has always been a happy hunting territory for Ducati, but I expect tough competition this year. Anyway, we will do our best to be at the front and end the weekend on a high".