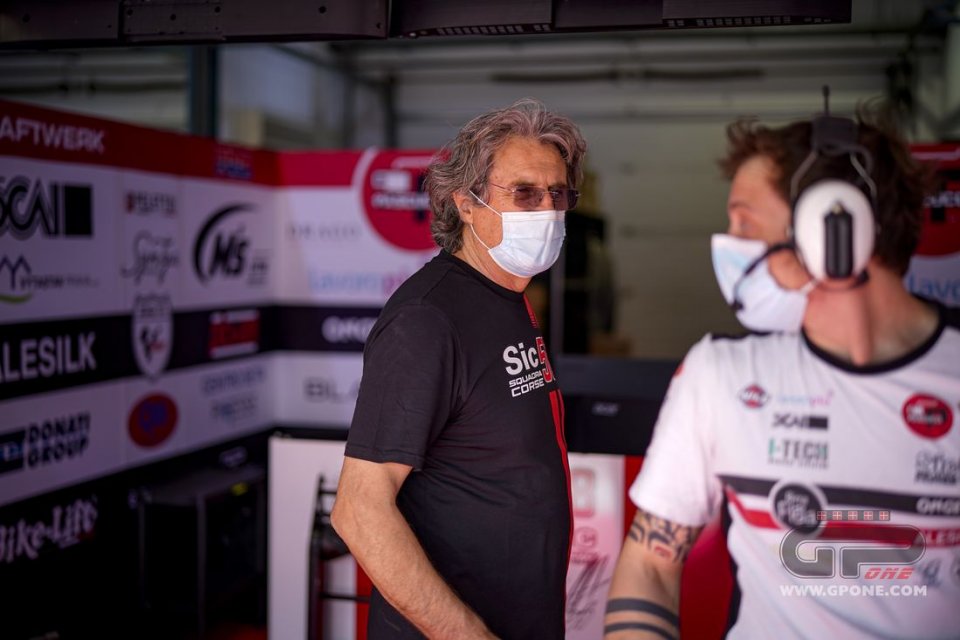 Paolo Simoncelli was not insensitive to the tragedy that hit CEV last Sunday, when Hugo Millan lost his life in Aragon in the European Talent Cup race. The dynamics are infamous: the Spanish rider was hit by another motorcycle, just like Jason Dupasquier at Mugello. Simoncelli, who participates in the Spanish championship with his SIC58 team, wonders if there is a way to further avoid these risks on the track.

“We race on tracks with large ride-off areas and hundreds of precautions, with medical stations scattered everywhere. But still today, the most classic of accidents, where your teammates hit you (which is what happened to Hugo Millan on Sunday), you can’t avoid,” he wrote in his team’s press release. “So, maybe, the time has come to stop for a moment and ask ourselves what we can, what we still need to do to improve, so that nothing is left to chance.”

Paolo has a proposal.

“The ETC category has an exaggerated following in Spain. Each appointment has a large number of members, they do qualifications to make up the starting grid. An idea may be to do at least two races, in order to lower the number of participants. We should consider an alternative, so as not to ask ourselves one day, as we exult for a saved life, if we could have arrived at that solution sooner,” he concluded.

Inaugurated at Coriano the 'Sic 58' bench dedicated to Marco...

Single tyre pressure sensor on its way: laps and races at risk