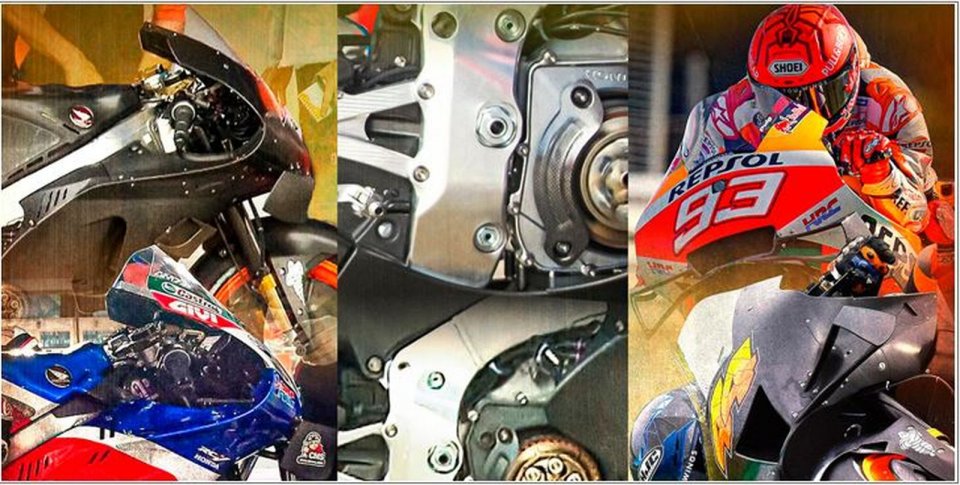 The summer break, lasting over one month, offers us the possibility of making an initial assessment of the technical innovations of 2021. At the beginning of the year, the possible areas of intervention for each of the six manufacturers that make up the line-up were analysed. We discussed it in detail in these two articles: part one and part two.

After about six months, we resume the thread of the discussion by summarizing what the manufacturers have actually brought to the track. For uniformity, the same presentation order used previously will be followed. 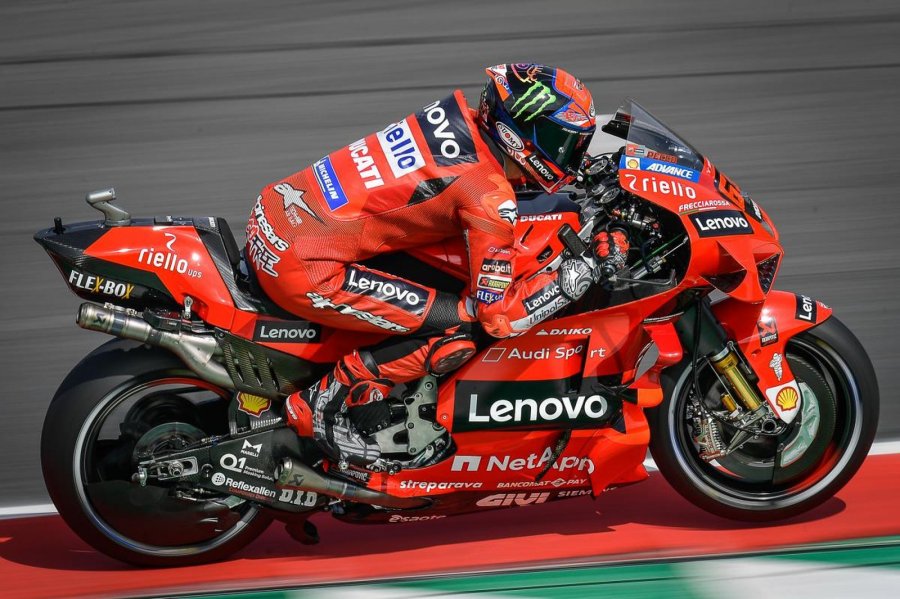 The generational change of the riders in the factory team and the technical refinements have helped to mitigate the lack of harmony of the chassis with the Michelin rear tire revealed during the past season. Even the difficulty in cornering, an area in which the Desmosedici historically does not excel over the best of the competition, has been mitigated by the new motorcycle-tire-rider 'package'. For several seasons, Ducati was considered an unfriendly bike that required a massive amount of knowledge to be exploited to the fullest. This trend now goes against the… trend and the Desmosedici has proved to be competitive even with rookie riders in the premier class. The Rossa di Borgo Panigale, in addition to being considered for years the benchmark in terms of absolute power, is often taken as a model for its technological innovations. The GP21 does not differ much from the 2020 model in appearance. Among the differences we note the salad box, where the mass damper is housed, with a slightly different shape. Ducati also intervened on the lower profile of the side fairings to improve the aerodynamics. According to the official website of the MotoGP, the goal of the technicians of the Bolognese company is to help the bike turn by increasing aerodynamic load. In terms of fairing, the air intake has also been updated. From a chassis point of view, how can we not mention the much discussed holeshot device also on the front axle used since the beginning of the season. Another technical curiosity is the infamous 'spoon' which turns into a 'shield' in case of rain.

There is no point beating around the bush, the 2020 season was heavily influenced by the injury to Marc Marquez's arm. The Spaniard returned to the saddle during the 2021 season (missing the first two races in Qatar) but not in perfect physical shape. This continues to affect race performance and make the overall assessment of Honda more difficult, which, without its top rider in top form, is unable to get on the podium regularly. Marquez was obviously unable to contribute to the pre-season development and this led to a bit of indecision in the direction to follow, especially in evaluating the chassis. Three different frames were used throughout the season. The 2021 with a large carbon section near the main beam, the 2020 frame used by Marc Marquez for most of the season and the new 2021 tested in January by test rider Stefan Bradl and used in the race by Pol Espargarò and Marquez himself during the Assen GP. Another area of ​​intervention where the Japanese technicians have concentrated is aerodynamics, having tried five different configurations at the beginning of the year. The German Sachsenring race, in addition to seeing Marquez back to his winning ways, also marked the debut of the new aerodynamic package and the holeshot device on the front. During the mid-season season tests, a new air intake was also seen which resembles the shape of the Yamaha.

YAMAHA, ONE EYE ON TYRE PRESSURE 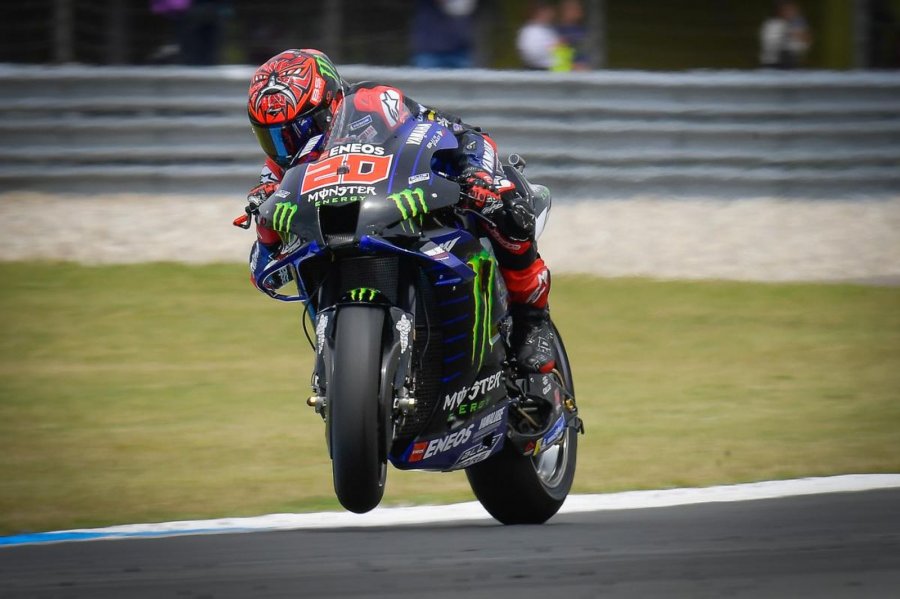 The freezing of development does not allow for major upheavals for the current season. Regardless of this, the Iwata company has been interpreting for years the philosophy of continuous development without any particular technical revolutions. Obviously it remains faithful to the choice of the engine with four cylinders in line. The performance difference in terms of top speed compared to the competition with the 'V4' architecture does not prevent the M1 from often crossing the finish line in first position. As if to say that the time lost on the straight is compensated for and beyond in other parts of the circuit. Furthermore, once the problem related to the supply of valves in 2020 was eliminated, reliability has improved. Last year Yamaha won seven times but was plagued by inconsistency in the performance of its riders that sometimes found themselves in the rear without any clear technical reason. In 2021 it was decided to take a step back as regards the frame by developing a solution more similar to the one adopted in 2019. The results seem to agree with the Yamaha which is very effective both in qualifying and in the race. The results have especially been obtained by Fabio Quartararo. The other teammates, for different reasons, are unable to be as fast and consistent. The most important technical innovation was the introduction of the front holeshot device, on the occasion of the Mugello GP. From an aerodynamic point of view, the M1 is equipped with a new front mudguard which seems to help keep the operating temperature lower and therefore avoid an excessive increase in pressure. The incorrect tyre pressure in the race was put in the dock several times last season, when the results obtained did not live up to expectations.

SUZUKI, STILL BEHIND WITH THE ENGINE

It is the only other manufacturer on the grid, together with Yamaha, to have chosen an inline engine architecture. The two Japanese bikes are similar, not only for design choices, but also for their behaviour on the track. The effectiveness in the more technical sections of the circuits is enhanced to the detriment of acceleration and top speed on the straight. The component that differentiates the Hamamatsu manufacturer from the competition is the lack of both front and rear holeshot devices. The effectiveness of these devices is now well established, so much so that all the teams have followed the path taken by Ducati. We imagine that Suzuki technicians are working hard to fill this technical gap compared to the competition as soon as possible, also spurred on by Mir's requests. Alex Rins and reigning world champion Joan Mir have tested a new frame which has not yet been officially approved. Even from the aerodynamic point of view there are no big differences compared to last season. The impression, partly validated also by the results on the track, is that the Suzuki has evolved less than the competition in the course of 2021. Important new features are the improvements introduced to the engine in view of 2022. They have been tested by both the two official riders and by test rider Sylvain Guintoli with the main aim of reducing the gap in top speed compared to the faster 'V4' competitors. 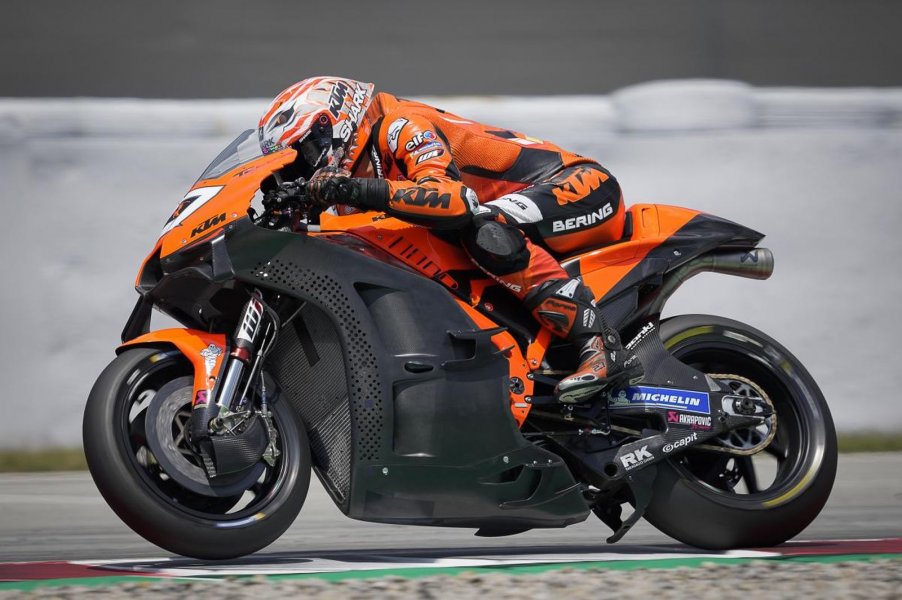 From the 2021 season, thanks to the results obtained on the track the previous year, the Austrian company loses the right to concessions. The obvious question to ask is whether the KTM has reached a level of competitiveness that allows the bike to fight for the top positions on a par with the already established competition. The first GP of the season did not give the expected results from the Mattighofen manufacturer. The turning point of the season for KTM was the Mugello GP with the introduction of a new chassis that allowed the riders of the factory team to re-acquire the excellent sensations of the previous season that vanished with the change of specification of the Michelin 2021 front tyre. In particular, the Portuguese rider Miguel Oliveira has put together a roadmap similar to the top of the class, from the Tuscan round onwards. The test team led by Dani Pedrosa is working, in addition to the chassis, on other components such as exhausts and saddle ergonomics for next season. During the test after the Catalunya GP we saw a new aerodynamic solution for the fairing.

APRILIA, CONSTANT DEVELOPMENT THANKS TO 'CONCESSIONS' 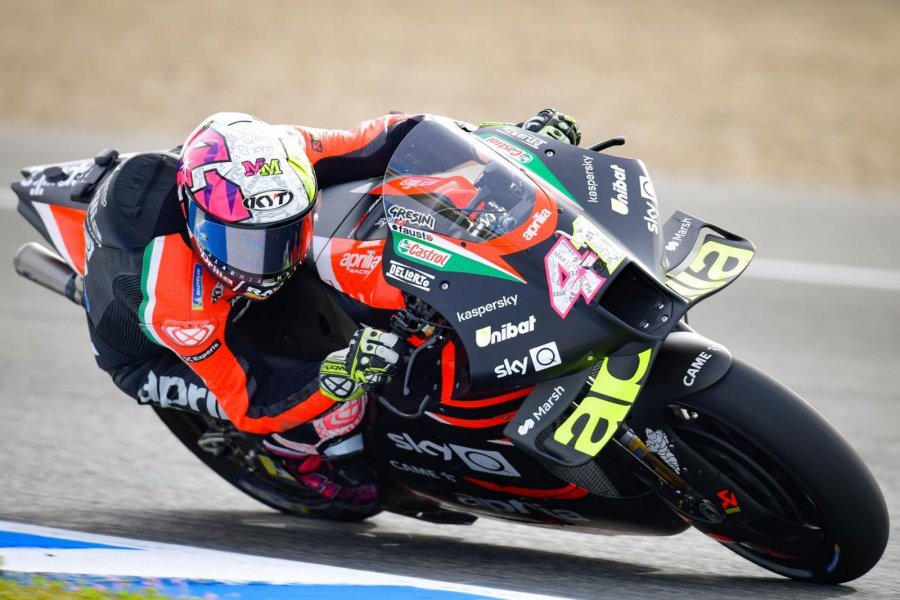 The Noale manufacturer is retracing what KTM did last year. Aprilia is making the most of the concessions allowed by the regulations to reduce the performance gap from the other manufacturers. The results obtained on the track by Aprilia in 2021 are proof of this. Both in terms of position reached and in terms of time gap from the podium. The 2021 RS-GP has undergone a profound renewal. Visually you can see the huge front wing to increase the downforce. The areas of intervention, even if less visible, are extended in the various main components. As mentioned the aerodynamics, but also a new frame and a new engine. In addition, the technicians also intervened on the salad box and on the exhausts. The excellent results were also achieved thanks to good reliability, something that is anything but obvious when associated with a completely new project. One curiosity concerns the holeshot device which, unlike its rivals, was installed first on the front. The rear device was missing, and was implemented in 2021. Aprilia is also experimenting with new solutions for the front mudguard but with different objectives than the Yamaha configuration.