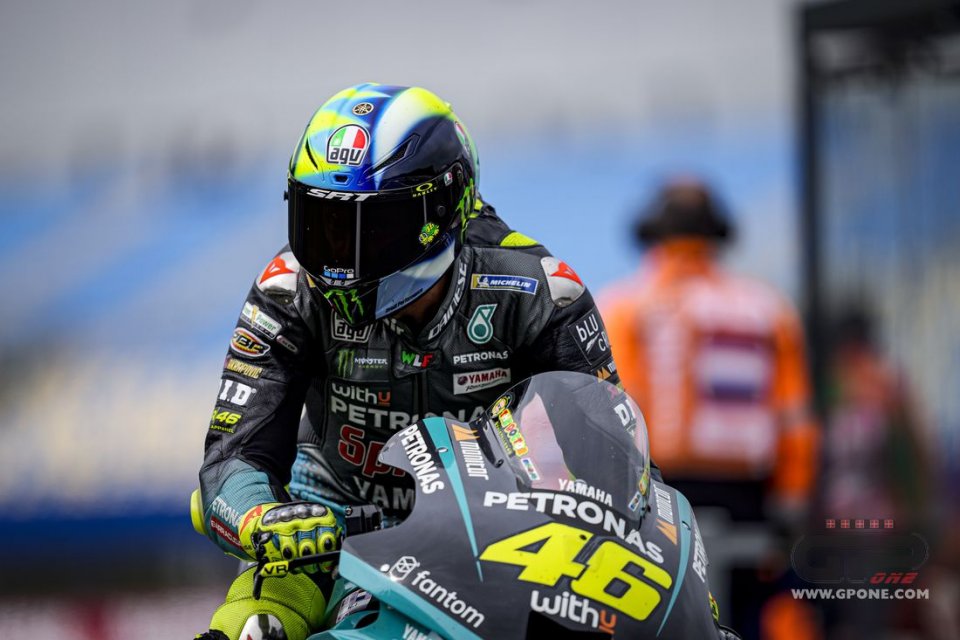 The Petronas team didn’t expect to face such a complicated 2021. After the great results last year with Quartararo and Morbidelli, this should have been the season of confirmations, but things went differently. Without Fabio, Valentino Rossi is struggling to be competitive, and Morbido, on an M1 dated 2019, got only one podium and then had to stop due to his knee injury.

Johan Stigefelt, team manager of the Malaysian team, looks at the reality of things: “It wasn’t an easy start to the season for us. We expected to do a bit better in terms of results,” he admitted to motogp.com. “Behind the scenes, we’re working very hard. We’re trying to progress, and we’ve succeeded, even if we haven’t seen it on the track. In the end, it’s always like this. Whether you win or lose, you always work hard.”

Rossi, above all, has never managed to be among the stars of the race.

“We have to keep working and improving the bike, which isn’t yet at its best for Vale, and we also know that we’ve never had a perfect weekend with him,” Stigefelt continued. “We had good qualifications, good rounds, and some good races, but never a GP where we felt strong for the entire weekend.”

It went a bit better with Morbidelli.

“In the second part of the season, we’ve progressed,”  the manager said. “With Franco, we had some good races, a podium. We have to continue to do what we did in Portimao and Jerez. We need to get back to the position that belongs to us, because we finished second in the championship last year, and now we’re not where we expected to be.”