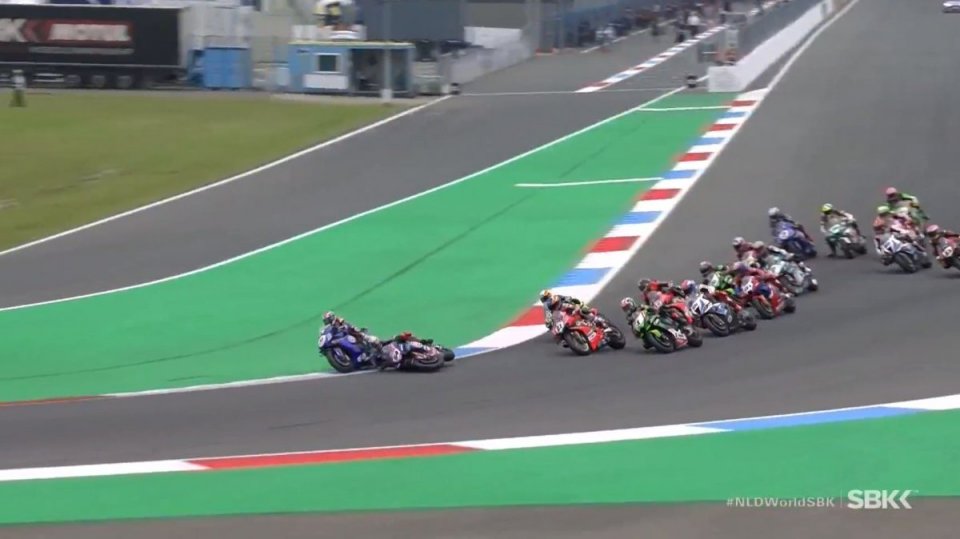 We are only in the fifth round of the season, but Garrett Gerloff's manoeuvre against Toprak Razgatlioglu risks having serious repercussions in the world championship race, so much so that the Turkish rider has dropped to over 30 points behind Rea.

As soon as he returned to the pits, Toprak showed his disappointment, asking himself several times: “Why? Why?". In trying to comfort him, Andrea Dosoli defined the move of the American as stupid, as he took out the official team rider in Turn 1.

The move was a right mess by Gerloff, who several times this season has ended up in the eye of the storm for his borderline manoeuvres (i.e. Estoril). The fact is that neither of the two riders will make any declarations at the end of the weekend, also because Yamaha has ordered press silence from both of them.

What is sure is that the PATA Brixx team will leave Assen in a furious mood, so much so that Gerloff has been called to report for the incident in front of Yamaha bosses. Certainly Andrea Dosoli and Paul Denning will not be interested in hearing the excuses of the American, whose move risks to seriously compromise Razgatlioglu's title race.