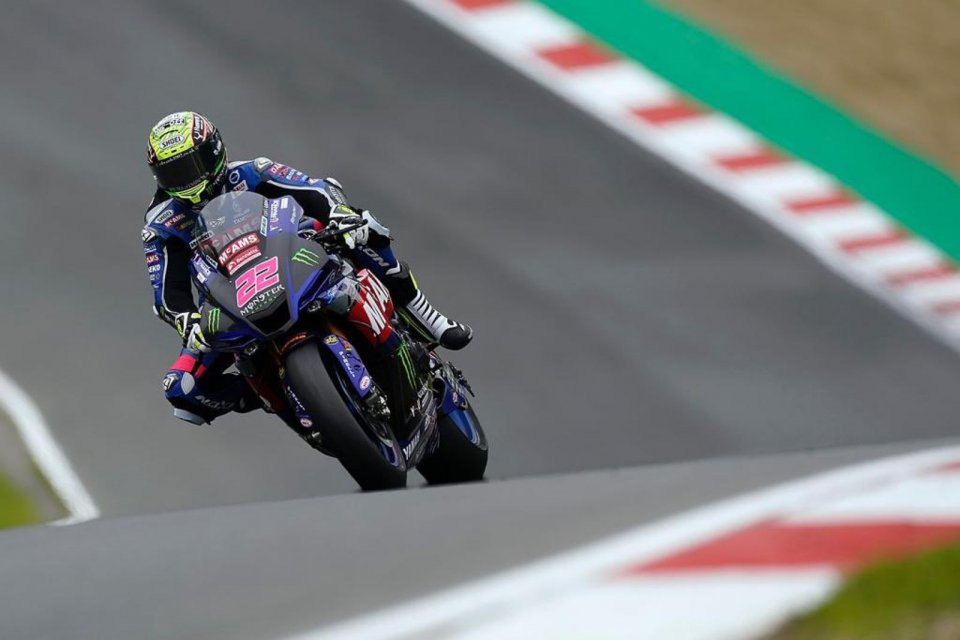 In the hours of waiting in the hope that positive news will come from King's College Hospital in London, "the show must go on" and the usual BSB protagonists had to lower their visor for the second race of the Brands Hatch weekend. In true BSB style, Race 2 saw Jason O'Halloran return to the top slot and at the same time to the top of the standings after a complicated Saturday conditioned by his crash in qualifying. A great performance at the end of 20 tightly-fought laps in which he had to respond to the attacks of Tommy Bridewell.

O'Halloran takes it all

Skilled in recovering from 18th place to fifth place yesterday afternoon, today the McAMS Yamaha rider ran a completely different race: he got off to a good start from the second row and once he had let Buchan had his fling in the early stages, the Australian launched the decisive attack on the fifth lap at the entrance to Stirling Bend. From that moment on he was able to better manage the YZF-R1 and the tyres, moreover holding off the attacks of Bridewell (MotoRapido Ducati), second on the finish line as in Race 1, to take his eighth career success as well as the fourth in 2021.

O’Halloran took back the championship lead after the fifth place finish of Christian Iddon (VisionTrack PBM Ducati), who faded right at the end. The gap between the two now is minimal (3 points), but O’Show can count further Podium Credits in view of the Showdown (9 ahead of the Ducati rider). Race 1 winner Tarran Mackenzie (McAMS Yamaha) was also on the podium, getting the better of Danny Buchan (SYNETIQ BMW by TAS), fourth.

It was a positive race for the two Ninja ZX-10RR FS-3 Racing of Rory Skinner (now a regular presence up front) and Lee Jackson, sixth and seventh respectively. Eighth was Glenn Irwin (Honda Racing UK), ahead of Peter Hickman (FHO Racing BMW) and Gino Rea (Buildbase Suzuki). And Josh Brookes? The reigning champion sank down to 18th position, more than 30 seconds from the top after a run-off into the … run-off area. Never so much in crisis since he has been in BSB, in the dry something is definitely not working, in fact, in the morning, in the wet warm-up, he even set the best time. His performances are not very encouraging and a top-8 in view of the Showdown now seems a mirage.

The BSB riders and teams will be back in action from 5.45pm for Race 3, which will see Jason O'Halloran start from pole after setting fastest lap. 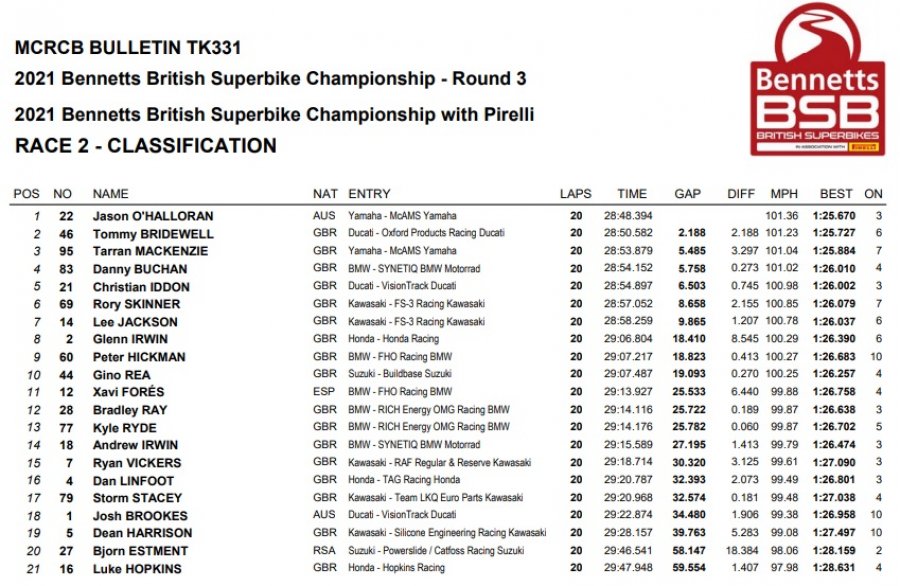