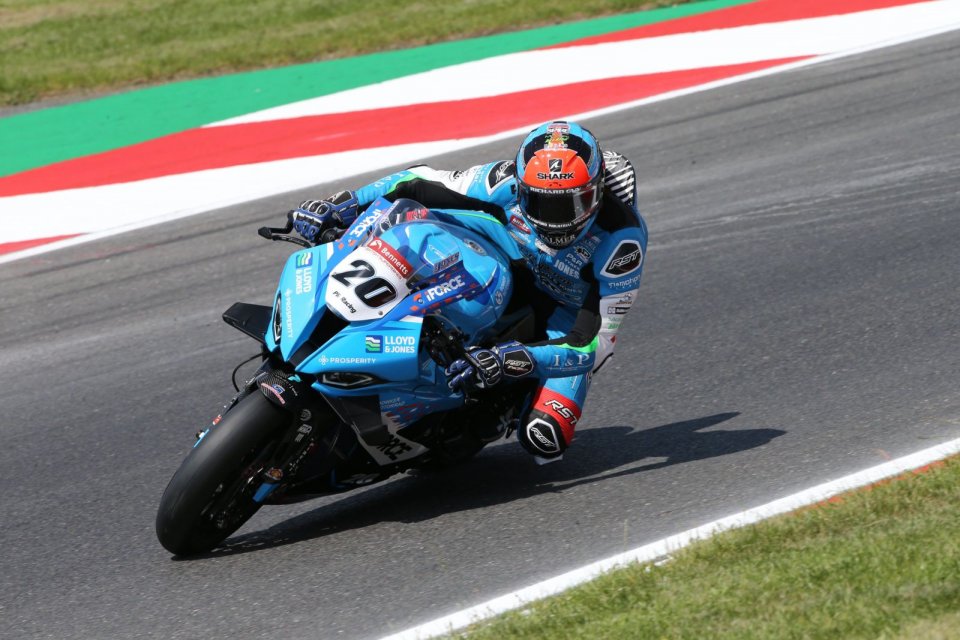 Transferred yesterday afternoon to King’s College Hospital in London following a fall at the Clarke Curve during the opening stages of Race 1 at the British Superbike at Brands Hatch, Brad Jones is now in a medically induced coma due to head, pelvis, and chest injuries. At his debut season in the top class of the overseas championship, the 2019 and 2020 vice-champion of the British SS600 will remain under observation during the next 24/48 hours. As they wait for the remaining two races of the weekend, the well wishes of the entire BSB paddock are for the young 23-year-old and his family, hoping for good news from the London hospital.

“Brad Jones (iForce Lloyd & Jones BMW) crashed on the opening lap of the first British Superbike race at Brands Hatch yesterday (Saturday, July 24th). The race was immediately suspended with the red flag, while the medical staff on the track immediately assisted the rider. He was unconscious at the scene and transported to the circuit’s medical center for further treatment. He was later transferred by helicopter to King’s College Hospital in London.

He will remain in an induced coma for 24 to 48 hours after sustaining severe head, chest, and pelvis injuries. He is receiving all necessary  care, and MSVR is in direct contact with the family, who want thank everyone for the support they are receiving, as well as the BSB Medical Team and Racesafe marshal who assisted Brad. Further information will be released when possible. Additional updates are not expected in the next 48 hours.”