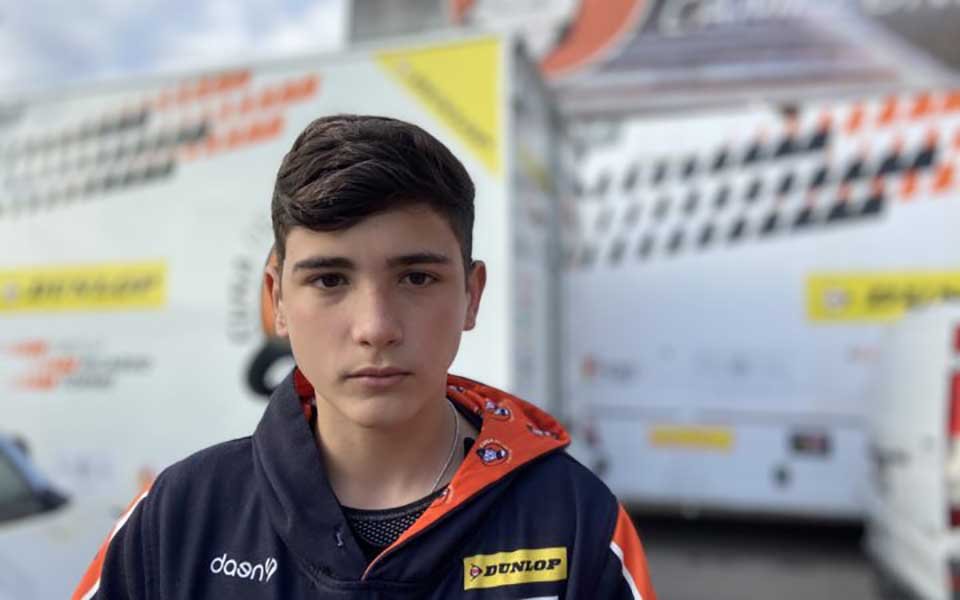 A very serious accident occurred at the FIM CEV Repsol on the MotorLand Aragón circuit in the European Talent Cup race.

14-year-old Hugo Millán, 3rd in the class standings, crashed 13 laps from the end of the race. He got up after he fell and tried to get off the track but was run over by Polish rider Milan Leon Pawelec, who could not avoid the accident.

Following the accident, the race was stopped by the red flag and the young rider from Huelva was treated on the track before being transferred by ambulance and then by helicopter to the hospital in Zaragoza. The official CEV Twitter page posted that the young rider did not make it. The  remaining races have been canceled.

The accident closely resembled the one that occurred to Jason Dupasquier at Mugello on May 29th. Jason’s fatal injuries were also caused by being run over by another rider, Alcoba.

The same dynamic that cost Shoya Tomizava his life on  September 5th, 2010 in Misano. 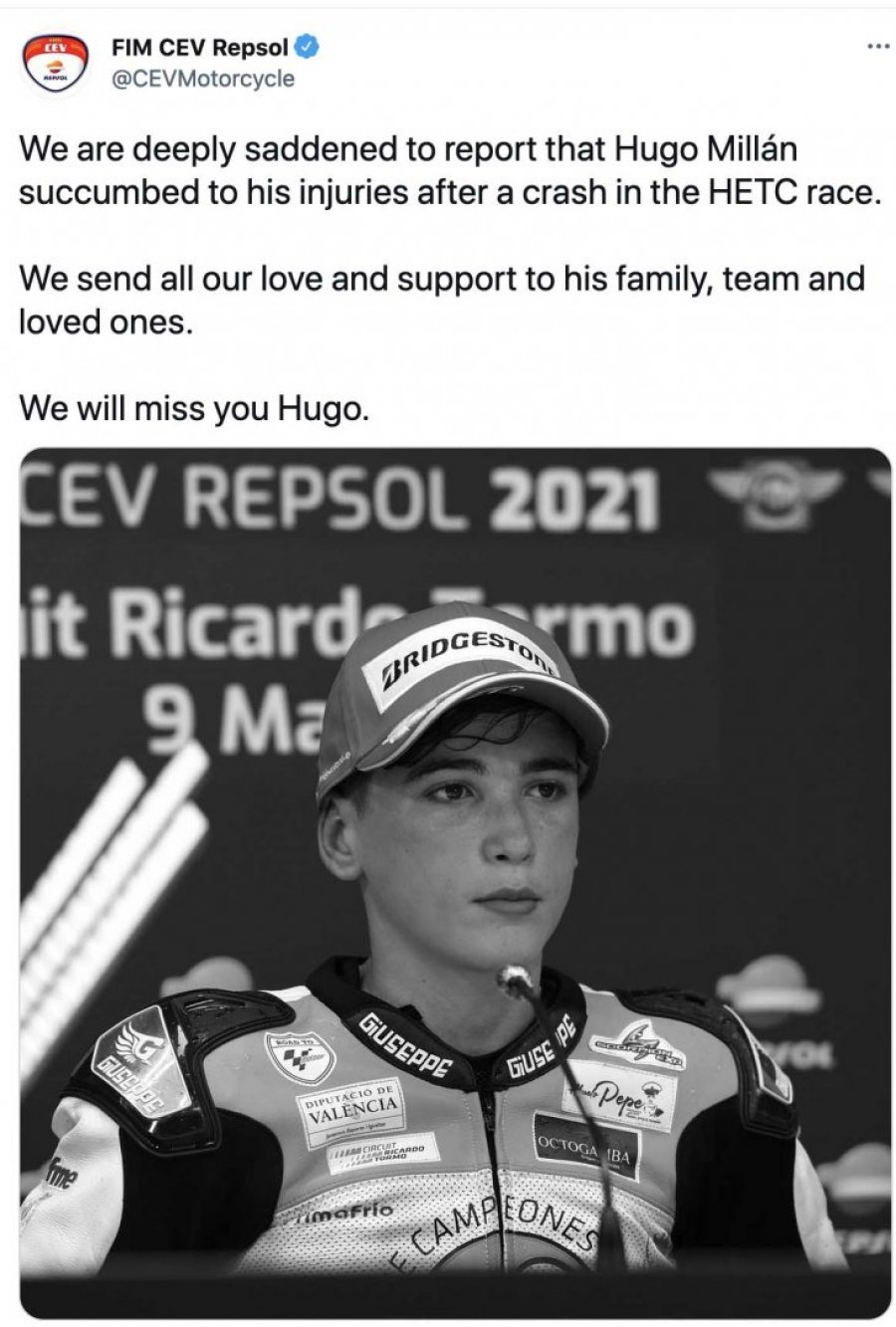 'Top Gun' Vinales signs up for the Aprilia dream, but in MotoGP there...