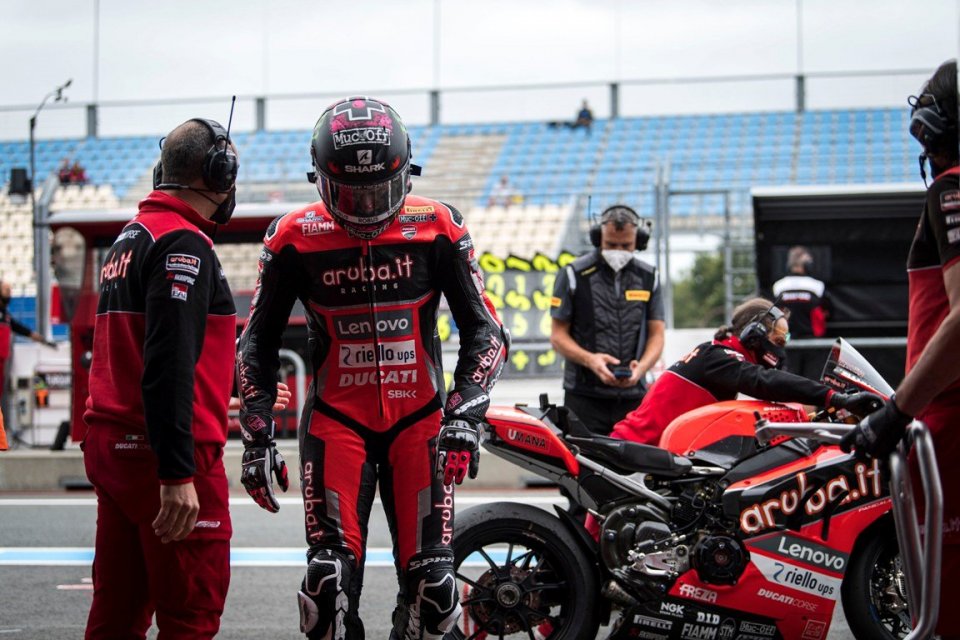 The disappointments of Donington seem to be a distant memory, as Scott Redding proved to have the pace of the best on Friday in Assen. After quickest time set in the morning, the British rider worked mainly with a view to the race, searching for the best performance on the Ducati.

As a result, awareness and serenity transpire from his face for the rest of the weekend.

“The sensations of this Friday were positive - he began - as I have said several times I like this track, as well as the behaviour of the bike. Unfortunately, at Donington it didn't go in the right direction, but here the sensations are better and this gives me a lot of encouragement”.

Scott then went into further detail.

"My experience in MotoGP is helping me, especially in corner entry when you have to control the speed, which was more complicated when I was racing in BSB without electronics. It is however interesting, because on some tracks I can make the most of what the GP style is and here it is working. The strange thing, however, is that the bike is exactly the same as Donington. We haven't changed anything on the V4, only that two weeks ago I was struggling, while now it's the exact opposite ".

“This is a circuit where the gaps are limited and we have seen it both in the morning and in the afternoon. So let's see what will happen for tomorrow. I've seen a lot of fast Ducatis, even though my only concern is the rear tyre. With the SCX you have more performance, but the tyre wears down easily. With the SC0, on the other hand, you have more duration, but you risk being much slower "