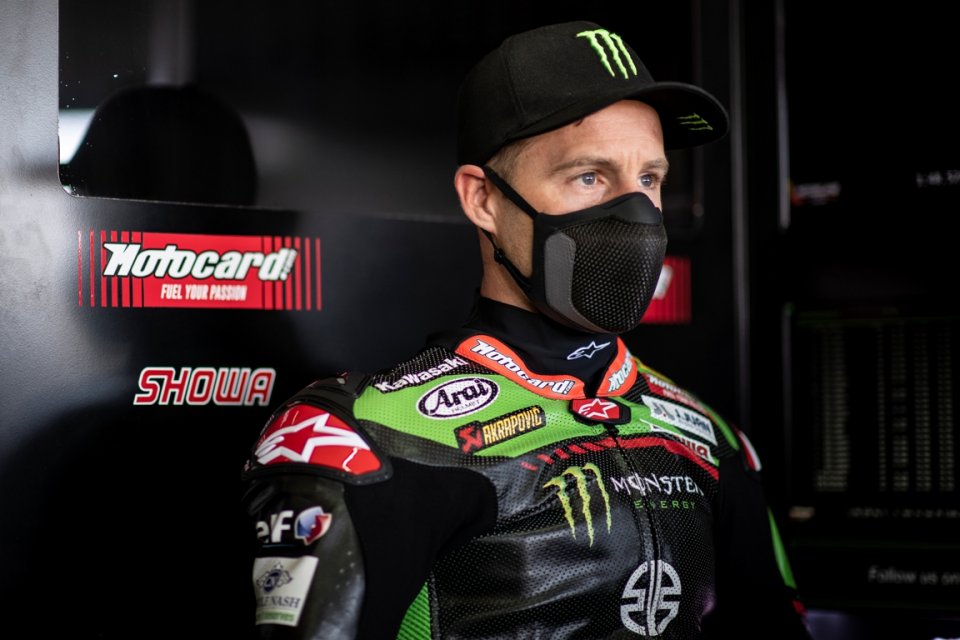 Johnny Rea was the fastest on Friday at Assen, but the main topic of the day is the market news linked to Petronas’ interest in the Cannibal. The six-time world champion has been pressured several times on this issue: “My contract with Kawasaki? I can’t talk about that. We’re in a race weekend, and my mind is focused on this round.”

Rea then tried to take a stance, even if the hot topic on Friday was precisely that.
“I’m surprised by the Petronas rumors. I heard them like all of you. Personally, I think I’m in the best moment ever of my career, and the MotoGP could be an opportunity as always. So never say never.”

He then spoke about Gerloff and Toprak staying in the SBK.
“I was surprised by their choice to stay in the SBK. They’re two strong riders. I can’t say more.”

The market-MotoGP discussion ends here, also because Johnny prefers not to speak about the subject anymore, since his mind is focused exclusively on Assen.
“I think an important asphalting job has been done, so much so that the holes have been reduced. Personally, I consider Assen a very different track than the ones we’ve raced on before. It’s fast, smooth, plus I can be aggressive, and I have to say that the bike performs very well. I think I did a good job, and the feelings are positive, especially on the race pace after what we did in the afternoon.”

The last thing he addressed was the Donington weekend.
“The last race was special. Race one was a lottery. In race two I felt strong, but I ended up falling. Yet I was confident. In fact, I was strong, but then there was that mistake, which compromised our work.”