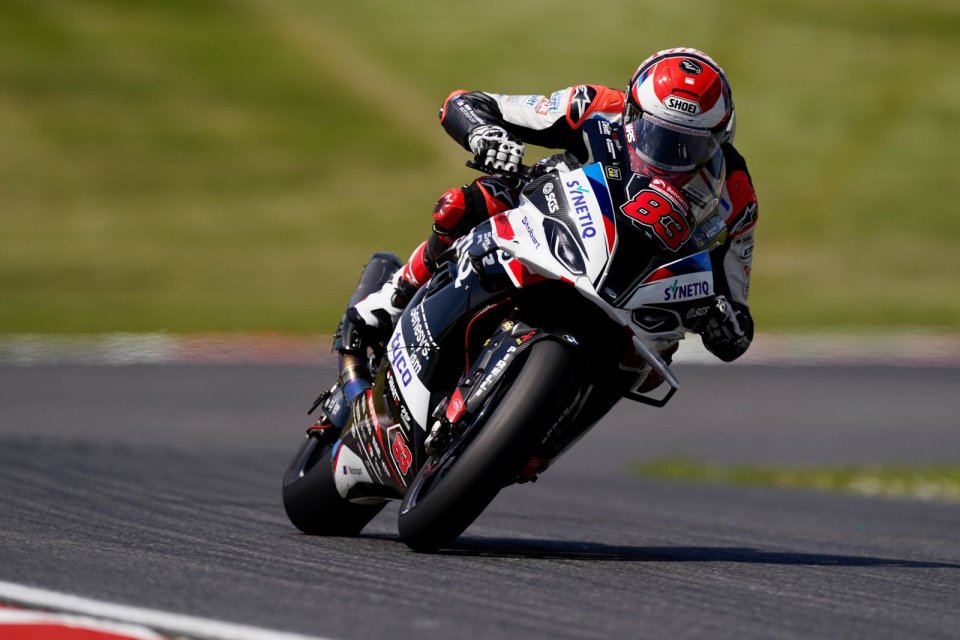 While the morning session had been useful for the BSB teams and riders to refine their bike set-up, in the afternoon things started to get serious, with the stopwatch taking over in “Superpicks Qualifying”. The second BSB free practice session on the glorious Brands Hatch track (venue for the third of the eleven 2021 rounds scheduled on the calendar) brought to the forefront the duo of Danny Buchan-BMW, regenerated following their Knockhill double. At the same time, there was no shortage of interest, thanks to the three different brands at the top of a very short ranking, together with some pleasant surprises and major exclusions from Q2.

Buchan right at the end

Considered until last season the unfulfilled promise in the UK championship, thanks to the two wins in Scotland, the M1000RR seems to have literally exploded in the hands of the Essex rider. Already competitive in FP1, once the new SCX specification has been mounted on the rear, in the closing stages the SYNETIQ BMW by TAS Racing man set the best time of the day in 1'25.382 (almost half a second away from Brookes' record in 1'24.873). That meant there was nothing doing for the leader of the classification Christian Iddon (VisionTrack PBM Ducati), who had to settle for second place just 76 thousandths behind. In third was Jason O’Halloran (McAMS Yamaha), ahead of team-mate Tarran Mackenzie, both at the top for long periods of the session, only to finish three tenths behind Buchan (but strong on the pace).

Brookes out ... with rumours

For the second successive time, the reigning champion Josh Brookes (VisionTrack PBM Ducati), like Rory Skinner and Xavi Forés, will have to work their way through Q1: 13th one second from the top, missing out by 83 thousandths. Something is clearly not working, even at a favourable circuit like the Kent one where he has scored 19 victories in his career. In the morning, in the paddock, there was even a rumour of an injury picked up in pre-season training on a motocross bike, but there was no confirmation from the interested party.

The BSB protagonists will be back in action on the ups and downs of Brands Hatch tomorrow, from 12:45 pm for qualifying and at 5:15 pm for the start of Race 1 (lasting 15 laps). According to the weather forecast, the rain could further shuffle the cards on the table. In fact, the likelihood of rain is high for both Saturday and Sunday. All that remains to do now is wait and do a sun dance…! 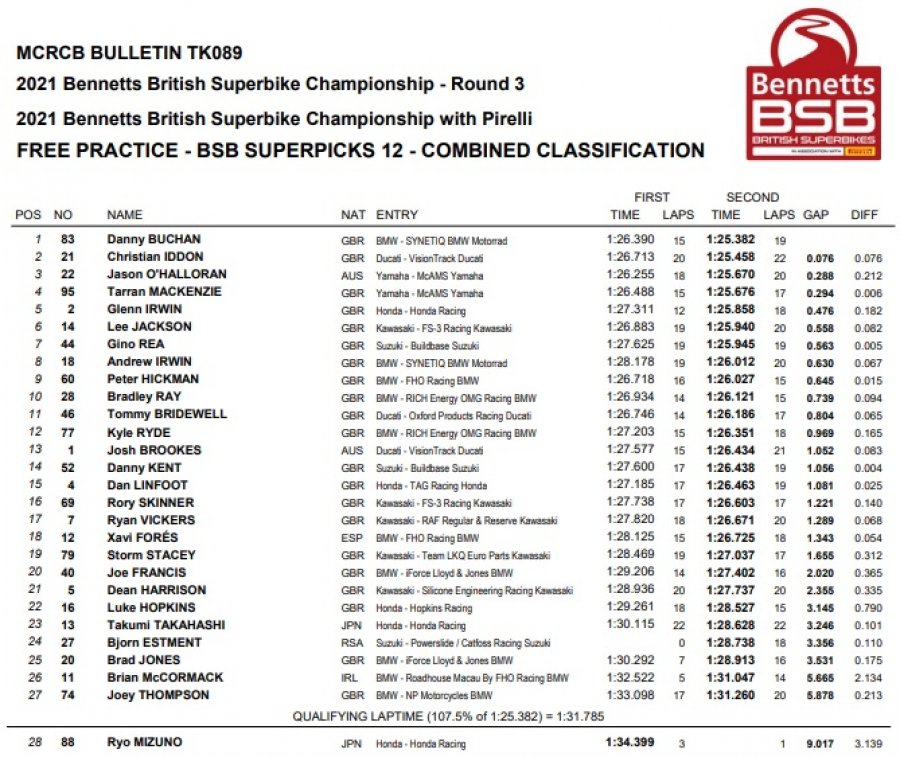