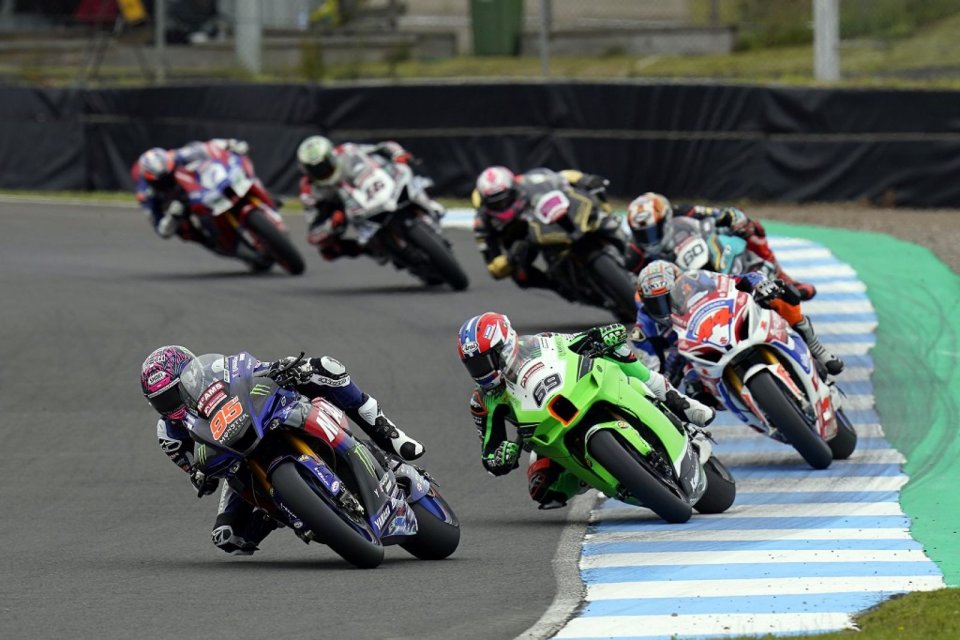 At the third round of the season, British Superbike once again returns to the circuit that has marked some incredible chapters in the UK domestic series. After the trip over the border in Scotland, this weekend the BSB riders and teams will be back at the historic Brands Hatch track where, to go with the battle at the top that has seen three different brands share the successes in the six races held so far, the general public will (finally) be back as part of the easing of restrictions envisaged by the British government.

The fans are back

Historically one of the strengths of the UK championship, due to the COVID-19 emergency, the six rounds of 2020 took place strictly behind closed doors, while the two inaugural rounds of 2021 with a limited number of fans. In these situations it is necessary to put a brave face on things and BSB had to step into line. Nonetheless, more than a year and a half since the last time, the fans (expected en masse on the green grassy areas of the Kent circuit) will be able to get up close with their favourites over the weekend. A decision resulting from the entry into force of the so-called "Phase 4" desired by Prime Minister Boris Johnson, despite the sharp surge in cases due to the new Delta variant (yesterday 44,104 positive).

Iddon in the lead

Knockhill contributed to further upsetting the cards on the table of British Superbike, which is already inclined towards spectacle and general equilibrium thanks to its own technical regulations. Following the crash of Jason O'Halloran (McAMS Yamaha), Christian Iddon (VisionTrack PBM Ducati) has now moved to the top of the standings. The gap between the two is minimal (6 points), but both have not managed to win any Podium Credits for the purposes of the Showdown in two of the three recent races, so Brands Hatch represents a good opportunity to finish the job. Someone who, on the other hand, wants to continue his excellent form is undoubtedly Danny Buchan (SYNETIQ BMW by TAS Racing) in the M1000RR, third at -20, and coming off a Sunday double in Scotland.

Litmus test for Skinner... and Brookes?

Along the 3.916 km West Kingsdown track, the fans will be looking towards the young rookie Rory Skinner (FS-3 Racing Kawasaki), absolute revelation of the previous round with his first two career podiums. Tarran Mackenzie (McAMS Yamaha), Tommy Bridewell (Oxford Racing MotoRapido Ducati) and Peter Hickman (FHO Racing BMW) will also try to get in amongst things, with an eye on the play-offs of the final three events. All the aforementioned riders have finished at least on one occasion in the top-3, but the same cannot be said of the reigning champion Josh Brookes (VisionTrack PBM Ducati), who has only 38 points to his credit, still looking for the right grip with the new Pirelli SCX spec tyre: what better way than to redeem a poor start to the season in the venue where he has achieved 19 victories since 2011, moreover holding the lap record. Something similar can be said for Glenn Irwin (Honda Racing UK), recovering physically considering he tested positively for COVID-19 in the previous months, while Xavi Forés (FHO Racing BMW) will return to the group, fresh from third place at the Estoril 12H of the FIM EWC , having been forced to miss Oulton Park and Knockhill.

The 28 protagonists of British Superbike (CDH Racing Kawasaki absent due to Josh Owens dislocating his hand) will take to the track tomorrow for free practice, where the top-12 of the combined go on to the decisive Q2 the following day (at 12.45). Race 1 is scheduled for Saturday afternoon at 17:15, on Sunday the remaining two, respectively at 15:10 and 17:45. The times in question refer to Italy. 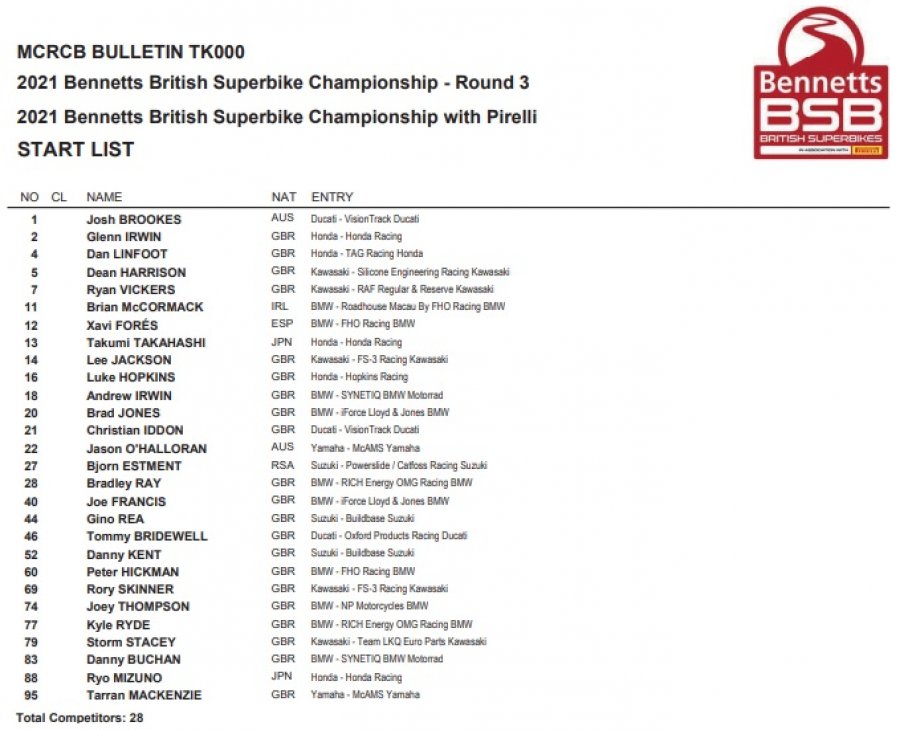