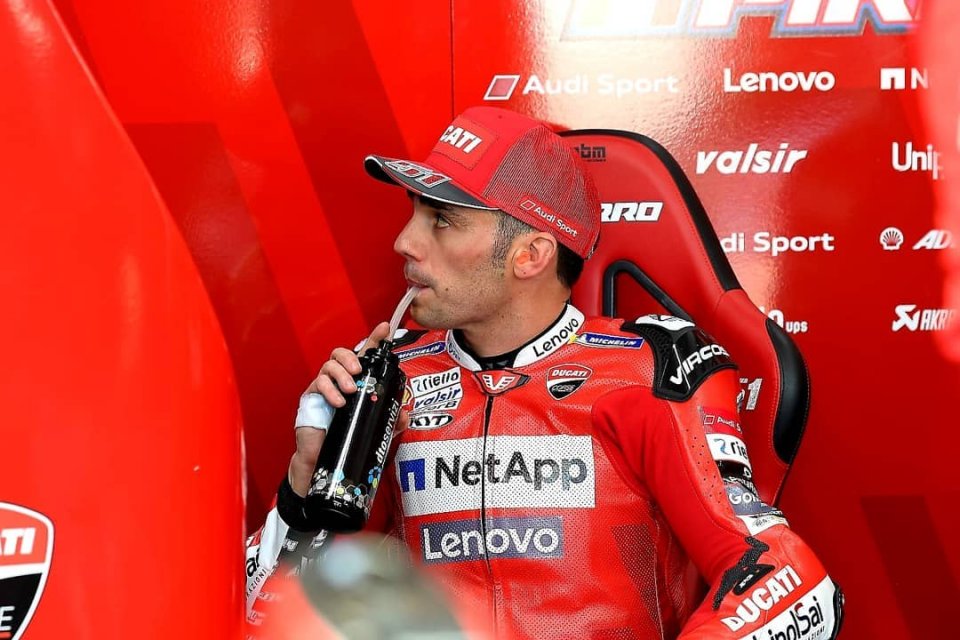 We intercepted him by phone at the end of the first day of testing, which took place yesterday on the Misano track. Michele Pirro wasn't able to talk about the work done on Tuesday with Ducati, since there were no press conferences with the media.

However, he took a few minutes to express his thoughts on Dani Pedrosa’s wildcard at the Red Bull Ring on June 8th: “ I also read the news, and I must say that Dani made a courageous decision to return to racing after such a long time.”

Michele also appreciated the news: “I’m pleased to see him back on the track as a wildcard after such a long time, since he’s done a great job with KTM over the years. I hope to see him again in September for the Misano weekend.”

Who knows if the two test riders will end up on the track together. Meanwhile,  at 10 am this morning, the green light went off on the last day of testing at Misano.