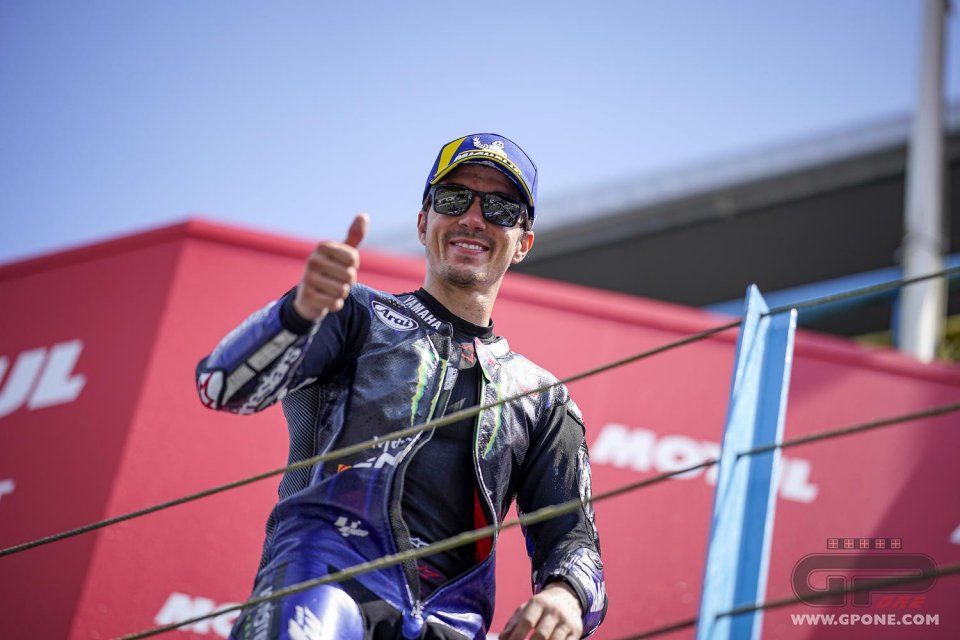 Trust. A word that Maverick Vinales uses a lot. He’s been looking for it for all the five years he spent with Yamaha and probably feels he’s found it only sometimes. But, for 2022, the Spanish rider has decided to put an end to it and look elsewhere. We all know of his decision on abandoning the ship in Iwata and, at the same time, we're all wondering where the MotoGP Top Gun would be going.

At this point of the season, there aren’t many bikes left, but we have to remember that, only a few days ago, ending up with an official M1 for next season seemed like science fiction, so nothing prevents the same scenario from materializing with other constructors and riders. Vinales has certainly triggered a whirlwind - the consequences of which are not evident at the moment - but it’s just a matter of time.

Maverick was recently in Barcelona riding  a Yamaha R1 along with illustrious colleagues, such as Jack Miller and Alex Rins, respectively riding a Ducati Panigale V4s and a Suzuki GSX-R 1000. At the end of the day, he also found some time to answer questions, including those by colleagues from Catalunya Radio. He didn’t say much, except to further clarify what he’s currently seeking, in order to change direction in his career.

“It’s not a question of bikes or teams that don’t work,” Vinales explained his decision. “It’s a problem that concerns the trust that I need around me to build something good. It’s all very difficult in the MotoGP. You need trust to give it your all. The frustrating thing for me is not being able to do that.”

Maverick confirmed that he still has no deals for next season.
“I want to come back stronger than ever after this break. I’m not thinking about 2022, because there’s no point in doing so right now. I have no contract. But I’ll take it easy and see what happens in the future. I don’t know anything for now.”

The hypothesis of a one-year hiatus doesn’t appeal to Vinales, who currently has several options in front of him.
“It’s not easy because the really important thing is racing. In this sport, standing still for a year can become a problem. But I have to like doing it, I have to have fun, and be able to give it my all.”