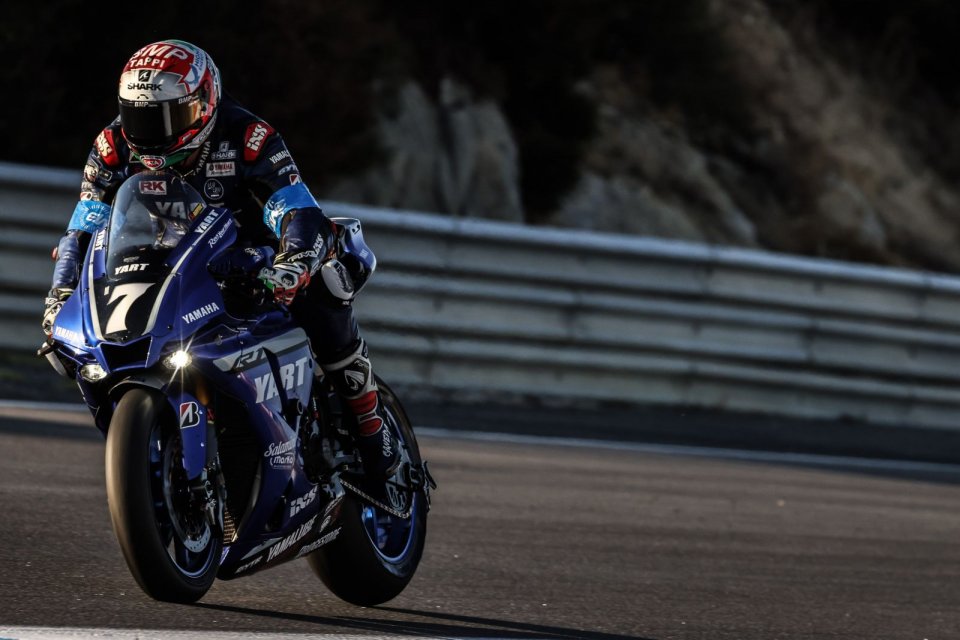 YART-Yamaha Team proved unstoppable this morning in the second qualifying session of the FIM EWC World Endurance Championship. Czech Karel Hanika broke the record set in qualifying by Markus Reiterberger in 2020, setting an impressive time of 1:37.674 just ahead of teammate Marvin Fritz with a 1:37.857. Both men were the only two riders to go under the 1:38 mark in today's sessions, whose team also includes Italian Niccolò Canepa.

F.C.C. TSR Honda France will start from 4th place ahead of Tati Team Beringer Racing, in great shape despite the absence of Alan Techer, and VRD Igol Experiences. The latter two, including two independent teams, managed to stay ahead of two official teams such as ERC Endurance-Ducati and Webike SRC Kawasaki France Trickstar.

In Superstock, BMRT 3D Maxxess Nevers went well and will start from ninth overall position tomorrow ahead of Moto Ain, held back by crashes. Other rivals for the Superstock victory, well positioned on the grid, are Team 33 Louit April Moto, Wójcik Racing Team and National Motos.

Following crashes in yesterday's practice (Thursday), two riders had to retire due to injuries: Dominik Vincon will be replaced by Nigel Walraven on the BMW of Team LRP Poland. As for Axel Aynié and Arnaud de Kimpe, they will have to do the race as a pair in the absence of Matthieu Thibault.

The 12 Hours of Estoril will get underway at 9am local time on Saturday in Portugal, 10am in Italy. 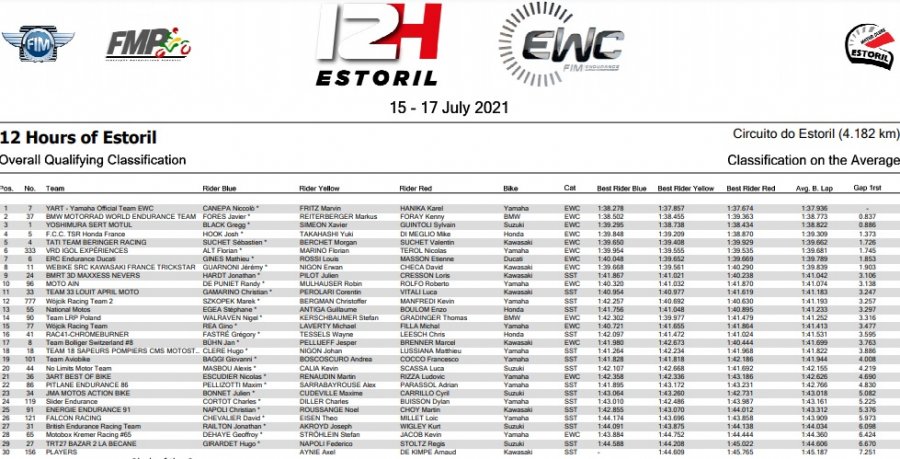