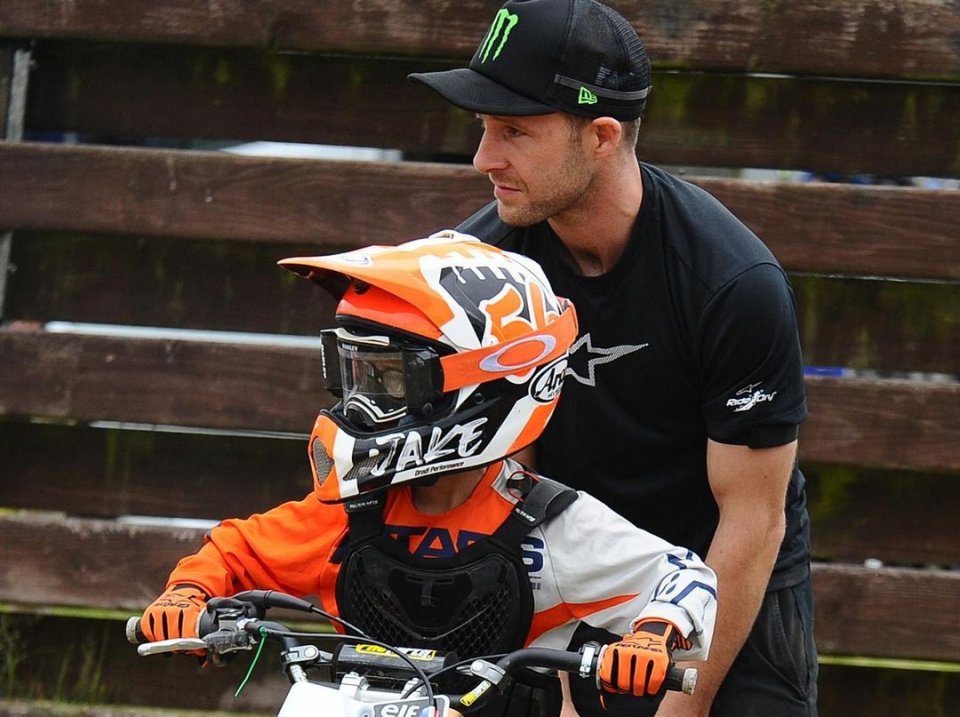 Johnny Rea is well known for having written the history of Superbike, winning six world titles. However, before debuting in Superbike, the Northern Irish rider tried his hand at motocross, a true launching pad.

A passion that continues to run through his veins, so much so that he has passed it down to his son Jake, who last weekend participated in his first Motocross race: "A weekend I'll never forget," the Cannibal wrote on Instagram. Given the three-week break in Superbike, Johnny followed step by step the debut of the little one, following him closely on the track and giving him all the necessary instructions.

Who knows if in the future Jake will decide to follow in his father's footsteps, carrying on the family tradition.

'Top Gun' Vinales signs up for the Aprilia dream, but in MotoGP there...