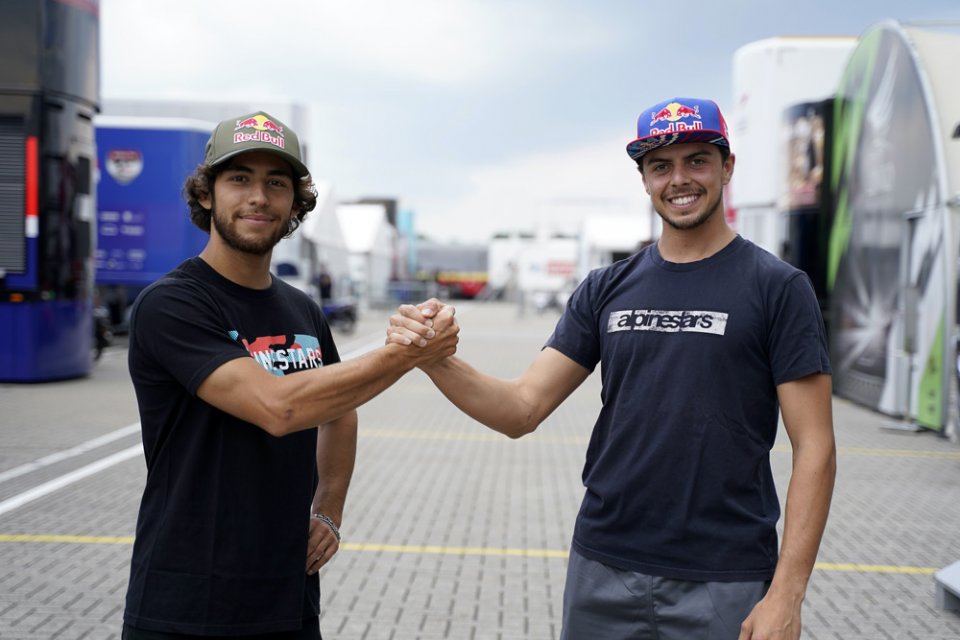 Fausto Gresini had worked tirelessly for the new MotoGP project that would have involved his team starting in 2022 but, even if destiny interfered with the fruits of his efforts, his family continued his dream, which has now become a reality. Starting next year, Gresini Racing will race with Ducati, and its riders will be Fabio Di Giannantonio (on whom Fausto had bet) and Enea Bastianini.

Nadia Padovani is now at the helm of the team. She took her husband’s place, helped by the team’s historical staff, as well as by her children. She told us about the new adventure that will begin in a few months.

“Continuing in Fausto’s name was and is our mission and, to do it best, returning to the MotoGP as an independent team was a necessary step,” she explained. “These have been very intense months, full of work and emotions during which, along with the entire team, we’ve concentrated our efforts to create the best possible MotoGP project. Ducati Corse and Fausto had already spoken at the end of last season, and I believe that choosing the bikes from Borgo Panigale is the right one, even if I won’t forget our important collaboration with Aprilia in recent years.”

Nadia knows that it won’t be an easy challenge, but she’s ready to face it.

“As for our riders, what can I say ... talent, speed, ambition, and their victories are there for all to see, and I think the MotoGP will be their stage for many years,” she said confidently. “They’re very young, and the fact that it was Fausto who ‘discovered’ them and brought them onto the world stage makes me think that it’s a line-up that he would have approved of with flying colors.”

Fabio and Enea have known each other for some time, and they were teammates in the Gresini team in the Moto3. They’re two riders that Fausto had helped grow, and now they’ll race again with his team name on the fairings.

For Di Giannantonio, it’ll be his debut in the premier class: “Getting to the top doesn’t happen every day. Next year, I’ll be racing in the highest possible category of this sport, and it’s an incredible dream,” he stated. “The first day will be like entering the big league. It’ll all be a great experience, no matter how it goes. The transition from the Moto2 to the MotoGP will be pretty tough. One hundred more horsepower, more people in the pits, more commitments, more buttons on the handlebars. It’ll certainly be a huge change, but I already feel ready and can’t wait.”

Bastianini, on the other hand, will play the role of the “expert” rider, with already a year of MotoGP behind him.

“It’s fantastic to be back with Gresini Racing. A team that's like a family to me and that strongly believed in me in the past,”  the rider from Rimini recalled. “In fact, they were the first to believe in me. We’ve were together for three years, and I have only good memories. Obviously, I’d have loved to have started this adventure with Fausto, but the Gresini family goes by that name for a reason. I’ll have many friends close by who’ll help me. With Ducati, we found the agreement we were looking for, and I’m sure that we’ll have a very competitive bike next year. In 2022, I’ll start off more prepared for this category and even more motivated.”