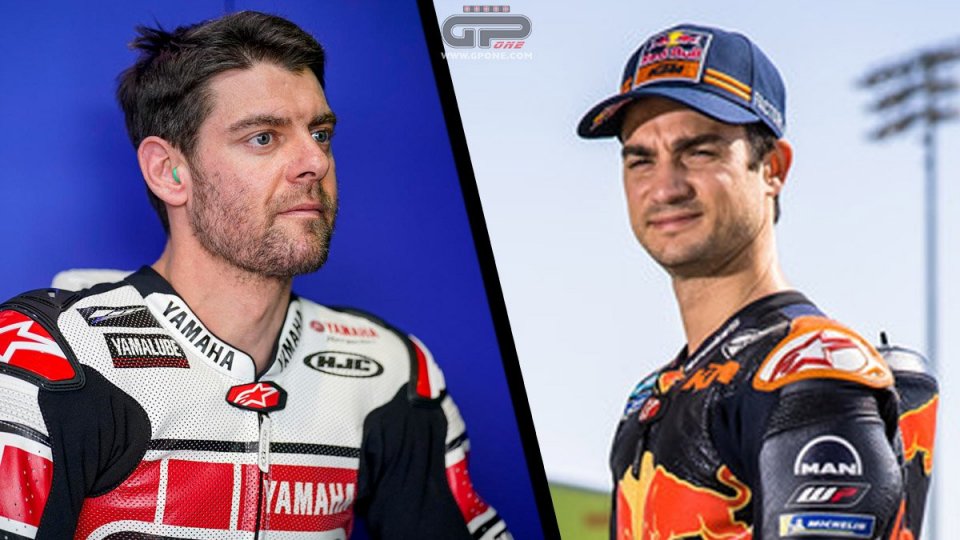 We could be seeing two old MotoGP acquaintances at the Red Bull Ring: Carl Crutchlow and Dani Pedrosa.

The Honda rider, now a KTM test rider, could simply return as a wildcard, while Crutchlow, who replaced Lorenzo in the Yamaha test team, could instead take the place of an injured Franco Morbidelli.

Diametrically opposed characters: an explosive and controversial Cal and a reserved and quiet Dani. These two were among the most beloved MotoGP riders, precisely because of their consistent behavior.

And if the competitive balance in the MotoGP is clearly favorable for the Spanish rider - with his three World Championships (1 in the 125, 2 in the 250) and 31 victories, 112 podiums, and 31 poles in the top class, as well as six placings in the top three in 13 years in the MotoGP, compared to only three of the British rider’s victories - there’s no doubt that both have left their mark in motorcycling.

There’s definitely great anticipation for their return. Dani hasn’t competed since Valencia in 2018, and his last victory was the previous year, on the same track.

Instead, Cal raced until 2020, when he finished 13th in the last GP of the season in Valencia, but even his last success dates back to 2018, with his victory in Argentina.

Both, however, remained active, and it’ll be interesting to see their performance, since everyone is always magnifying the current level of the MotoGP. Certainly, no one expects striking results, since it’s one thing to carry out tests, and it’s another to compete. Yet, who knows why we think that their return may somehow offer us some information on age-related drop in performance. Especially now, that everyone is talking about Valentino Rossi’s likely retirement.